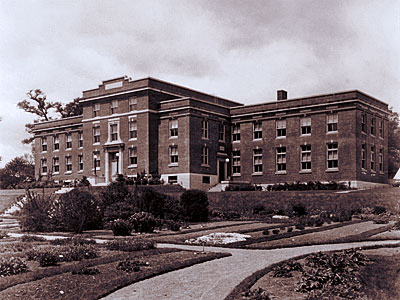 Although Harvard may be said to have been a home to printing since 1643 when Henry Dunster, first president of Harvard College, inherited his wife’s printing press, plates, and paper, it was not until January 13, 1913, that the Harvard Corporation established the entity known as Harvard University Press.

The Press’s first Director was C. C. Lane, who had been the university’s publishing agent. On January 1, 1920, Lane was succeeded by Harold Murdock, a Boston banker. Murdock’s tenure saw the Press greatly expand the number of series it published and undertake the strategy of publishing books of general interest emanating from lectures given at Harvard.

A Home for Harvard’s Lectures 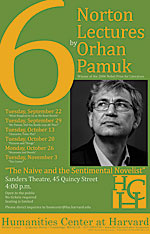 In 1984 the Press began to publish the William E. Massey Sr. Lectures in the History of American Civilization, inaugurated by Eudora Welty’s bestselling One Writer’s Beginnings and followed by Toni Morrison’s Playing in the Dark (also a bestseller), Alfred Kazin’s Writing Was Everything, Maxine Hong Kingston’s To Be the Poet, and Greil Marcus’s Three Songs, Three Singers, Three Nations.

A number of other distinguished lecture series bear the Press’s imprint, among them the Godkin Lectures on the Essentials of Free Government and the Duties of the Citizen and series honoring W. E. B. Du Bois, Nathan I. Huggins, Carl Newell Jackson, and William James.

A signal event in the Press’s history occurred in 1934 when it became the American publisher of the Loeb Classical Library, which James Loeb (Harvard ’88) bequeathed to Harvard University upon his death in 1933. The Library, now undergoing a vigorous program of revision, totals well over 500 volumes of Greek and Latin texts, with facing English translations, and is today published worldwide by the Press, enjoying annual sales of well over 100,000 volumes. In 2014, the Press published the digital Loeb Classical Library, which puts 1,800 years of Classical works at the fingertips of scholars, teachers, students, and general readers throughout the world.

Dumas Malone, Editor-in-Chief of the Dictionary of American Biography, became the Press’s third director in late 1935, and saw as the Press’s mission the publication of “scholarship plus,” that is, not merely highly specialized works, but works for the general intellectual reader. It was Malone who hired the Press’s first manuscript editors, and established the high editorial standards for which the Press has become known.

Under Malone the Press published such prominent works as Arthur O. Lovejoy’s The Great Chain of Being, Chester I. Barnard’s The Functions of the Executive, and Susanne K. Langer’s Philosophy in a New Key. In 1939 it garnered its first Pulitzer prize for the second and third volumes of Frank Luther Mott’s A History of American Magazines. A second Pulitzer came in 1941 for Marcus Lee Hansen’s The Atlantic Migration, 1607–1860. In 1943 Malone tendered his resignation to pursue his work on Thomas Jefferson.

Roger Scaife (Harvard class of 1897), a professional publisher, was appointed full-time director for a 3-year term on January 1, 1944. During this period, HUP’s future was uncertain, because Harvard president James B. Conant had become unenthusiastic about the Press. But the Corporation came to the Press’s rescue and the future suddenly seemed less forbidding. 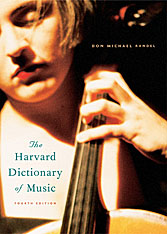 The Harvard Dictionary of Music is now in its fourth edition.

Thomas J. Wilson joined the Press as its fifth director in 1946, coming from his position as the director of the University of North Carolina Press. During his 20 years at Harvard, Wilson oversaw the expansion of the list, the number of employees, and the net income. But his achievement was perhaps greatest in his enhancement of the Press’s relationship with the university—faculty, administration, alumni, friends—and in his raising of the Press’s status within the general publishing world, both university press and commercial. In his memory, the HUP Board of Syndics awards the Thomas J. Wilson Memorial Prize to outstanding new authors. 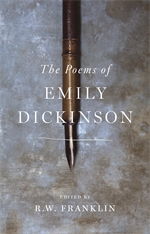 Emily Dickinson’s poems are available in a single-volume Reading Edition and a three-volume Variorum Edition, both edited by R. W. Franklin, and in editor Cristanne Miller’s edition of Dickinson’s poems “as she preserved them.”

In 1949 a bequest from Waldron Phoenix Belknap, Jr. was to have profound implications for the Press, for it established the Belknap Press imprint at Harvard University Press (modeled on the Clarendon Press imprint at Oxford University Press) which “was known for books of long-lasting importance, superior in scholarship and physical production, chosen whether or not they might be profitable.” Ten years later, Belknap’s mother, Rey Hutchings Belknap, added her fortune to the fund as well.

The first title published under the Belknap imprint was the Harvard Guide to American History, which appeared in 1954 and was edited by Harvard professors Oscar Handlin, Arthur M. Schlesinger, Samuel Eliot Morison, Frederick Merk, Arthur M. Schlesinger, Jr., and Paul Herman Buck. A 1955 Belknap publication, The Poems of Emily Dickinson, edited by Thomas H. Johnson, received the Carey-Thomas Award for Creative Publishing, as did the early volumes in the Adams Papers project, the diaries and correspondence of John Adams and his family. Yet another Belknap title published under Wilson, Bernard Bailyn’s The Ideological Origins of the American Revolution, received the Pulitzer and Bancroft Prizes in 1967, following Walter Jackson Bates’s 1963 Pulitzer for John Keats and Ernest Samuels’s Pulitzer for his three-volume biography, Henry Adams, whose last volume appeared in 1964.

‘Readership Beyond the Academy’

Mark Carroll, who had joined the Press in 1956, became director in 1967. During Carroll’s four-year tenure the Press published such seminal works as John Rawls’ A Theory of Justice, E. O. Wilson’s The Insect Societies, and Notable American Women: 1607–1950, edited by Edward T. James and Janet W. James. But during the late 1960s and early 1970s the Press began to incur significant unforeseen deficits that caused alarm in the administration, and by February 1972 Carroll had left the Press. 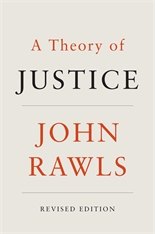 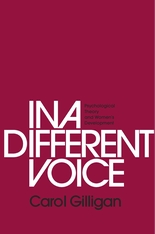 A Theory of Justice and In a Different Voice continue to be among the Press’s most popular titles.

After acting directorships by associate director David Horne and Harvard historian Oscar Handlin, Arthur J. Rosenthal took office on October 1, 1972. Rosenthal, founder and publisher of Basic Books, took up Dumas Malone’s notion of “scholarship plus” by making Harvard’s list more appealing to a wider general readership beyond the academy, and establishing a trend that many other university presses were to follow some years later. He reduced and reorganized staff, quickly improving the financial picture, launched new lists in science and psychology, and professionalized the marketing strategies of the Press.

Among the stellar titles published during Rosenthal’s tenure are Bernard Bailyn’s 1975 National Book Award winner, The Ordeal of Thomas Hutchinson; E. O. Wilson’s On Human Nature (1978), which received the Pulitzer Prize (as did Wilson’s 1990 The Ants, co-authored with Bert Hölldobler); Alfred Chandler’s The Visible Hand, which received both the Pulitzer and Bancroft Prizes in 1978; Carol Gilligan’s In a Different Voice (1982), which has sold over 500,000 copies; Thomas K. McCraw’s Pulitzer-winning Prophets of Regulation (1984); and Jane Goodall’s The Chimpanzees of Gombe (1986). 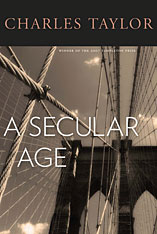 Arthur Rosenthal retired from Harvard University Press in 1990, and was succeeded by William P. Sisler, formerly vice president and executive editor for humanities and social sciences at Oxford University Press (USA). Under Sisler’s direction, the Press expanded its tradition of publishing exceptional scholarship with broad appeal. Among many other highlights, during his tenure the Press released such works as Bruno Latour’s We Have Never Been Modern (1993), Walter Benjamin’s The Arcades Project (1999), Stephen Jay Gould’s The Structure of Evolutionary Theory (2002), Mary Beard’s The Roman Triumph (2007), Charles Taylor’s A Secular Age (2007), Amartya Sen’s The Idea of Justice (2009), Sarah Blaffer Hrdy’s Mothers and Others (2009), Helen Vendler’s Dickinson (2010), and Martha C. Nussbaum’s Creating Capabilities (2011)—along with many Bancroft Prize–winning books, most recently Thomas G. Andrews’s Killing for Coal (2008), Daniel T. Rodgers’s Age of Fracture (2011), W. Jeffrey Bolster’s The Mortal Sea: Fishing the Atlantic in the Age of Sail (2012), Ari Kelman’s A Misplaced Massacre (2014), Mary Sarah Bilder’s Madison’s Hand: Revising the Constitutional Convention (2015), and Deborah A. Rosen’s Border Law: The First Seminole War and American Nationhood (2015).

The Press published a six-volume History of Imperial China, and partnered with Harvard University’s W. E. B. Du Bois Institute for African and African American Research to revive and complete the monumental Image of the Black in Western Art series. The Press has also expanded its program of facing-page translation libraries, inaugurating the I Tatti Renaissance Library in 2001, the Dumbarton Oaks Medieval Library in 2010, and the Murty Classical Library of India in 2014.

After nearly three decades at the helm, Bill Sisler retired from Harvard University Press in 2017. He is succeeded by George Andreou, formerly vice president and senior editor at Alfred A. Knopf.

As the Press embarks on its second century, it is striving to maintain its central place in the increasingly digital world of scholarly publication. To that end, the Press has collaborated on an open-access Emily Dickinson Archive and has introduced a digital edition of the Dictionary of American Regional English, as well as the Loeb Classical Library. The Press’s reach has been augmented by an expanded sales and marketing presence in India, the addition in 2011 of its first Europe-based editorial staff, and an ongoing effort to make its ebooks available as widely as possible.