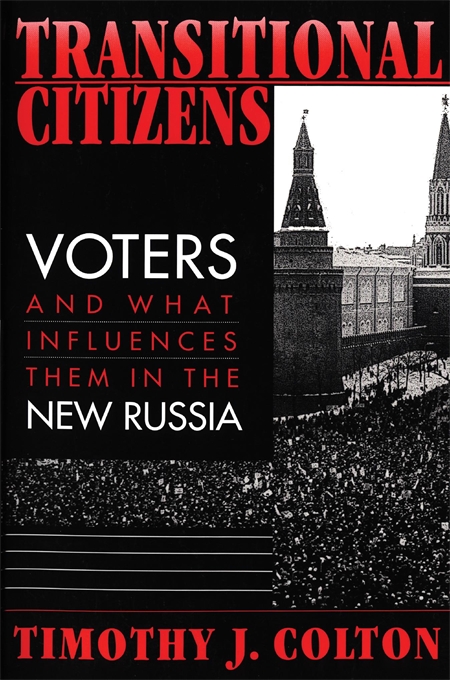 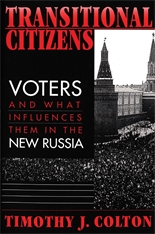 Voters and What Influences Them in the New Russia

Subjects obey. Citizens choose. Transitional Citizens looks at the newly empowered citizens of Russia’s protodemocracy facing choices at the ballot box that just a few years ago, under dictatorial rule, they could not have dreamt of.

The stakes in post-Soviet elections are extraordinary. While in the West politicians argue over refinements to social systems in basically good working order, in the Russian Federation they address graver concerns—dysfunctional institutions, individual freedom, nationhood, property rights, provision of the basic necessities of life in an unparalleled economic downswing. The idiom of Russian campaigns is that of apocalypse and mutual demonization. This might give an impression of political chaos. However, as Timothy Colton finds, voting in transitional Russia is highly patterned. Despite their unfamiliarity with democracy, subjects-turned-citizens learn about their electoral options from peers and the mass media and make choices that manifest a purposiveness that will surprise many readers.

Colton reveals that post-Communist voting is not driven by a single explanatory factor such as ethnicity, charismatic leadership, or financial concerns, but rather by multiple causes interacting in complex ways. He gives us the most sophisticated and insightful account yet of the citizens of the new Russia.