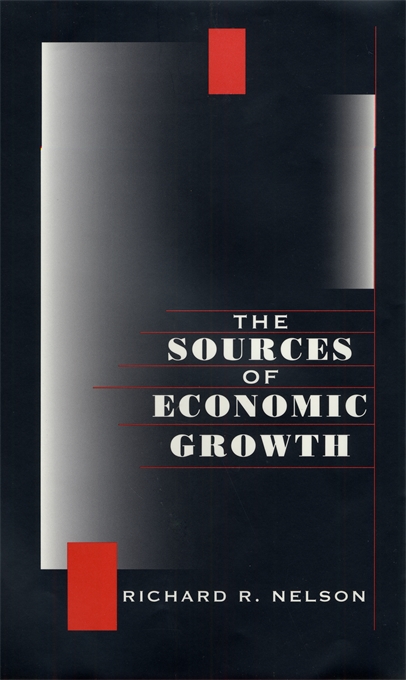 The Sources of Economic Growth

Technological advance is the key driving force behind economic growth, argues Richard Nelson. Investments in physical and human capital contribute to growth largely as handmaidens to technological advance. Technological advance needs to be understood as an evolutionary process, depending much more on ex post selection and learning than on ex ante calculation. That is why it proceeds much more rapidly under conditions of competition than under monopoly or oligopoly.

Nelson also argues that an adequate theory of economic growth must incorporate institutional change explicitly. Drawing on a deep knowledge of economic and technological history as well as the tools of economic analysis, Nelson exposes the intimate connections among government policies, science-based universities, and the growth of technology. He compares national innovation systems, and explores both the rise of the United States as the world’s premier technological power during the first two-thirds of the twentieth century and the diminishing of that lead as other countries have largely caught up.

Lucid, wide-ranging, and accessible, the book examines the secrets of economic growth and why the U.S. economy has been anemic since the early 1970s.