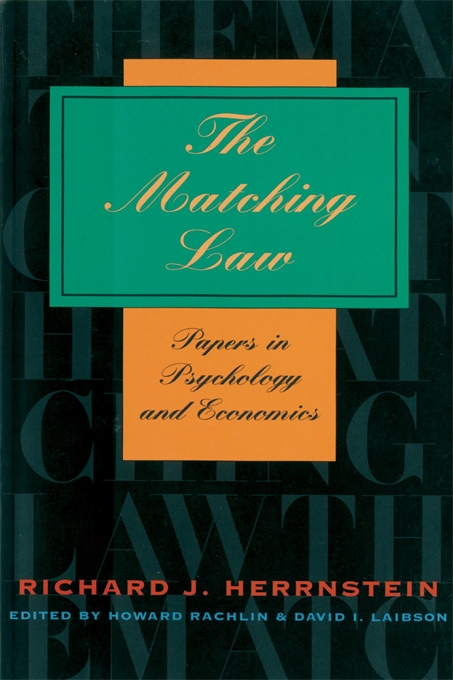 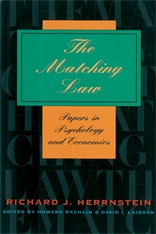 Papers in Psychology and Economics

This impressive collection features Richard J. Herrnstein’s most important and original contributions to the social and behavioral sciences—his papers on choice behavior in animals and humans and on his discovery and elucidation of a general principle of choice called the matching law.

In recent years, the most popular theory of choice behavior has been rational choice theory. Developed and elaborated by economists over the past hundred years, it claims that individuals make choices in such a way as to maximize their well-being or utility under whatever constraints they face; that is, people make the best of their situations. Rational choice theory holds undisputed sway in economics, and has become an important explanatory framework in political science, sociology, and psychology. Nevertheless, its empirical support is thin.

The matching law is perhaps the most important competing explanatory account of choice behavior. It views choice not as a single event or an internal process of the organism but as a rate of observable events over time. It states that instead of maximizing utility, the organism allocates its behavior over various activities in exact proportion to the value derived from each activity. It differs subtly but significantly from rational choice theory in its predictions of how people exert self-control, for example, how they decide whether to forgo immediate pleasures for larger but delayed rewards. It provides, through the primrose path hypothesis, a powerful explanation of alcohol and narcotic addiction. It can also be used to explain biological phenomena, such as genetic selection and foraging behavior, as well as economic decision making.