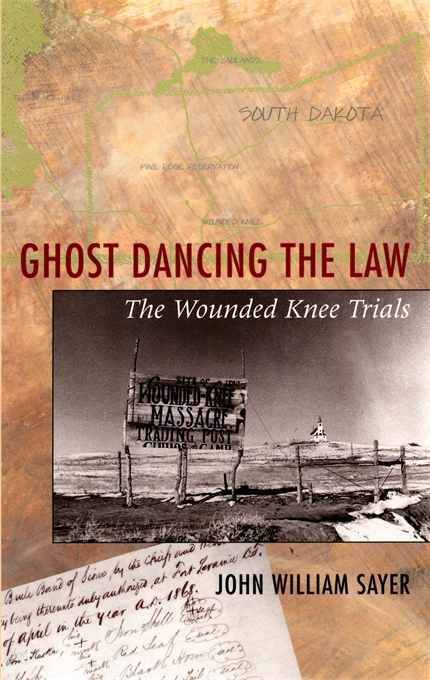 After the siege ended at Wounded Knee, the real battle had yet to be fought. The 1973 standoff in South Dakota between Oglala Lakota Indians and federal lawmen led to the criminal prosecution of American Indian Movement leaders Dennis Banks and Russell Means. The ten-month trial had all the earmarks of a political tribunal; with the defense led by William Kunstler and the prosecution backed by the Nixon administration, it became a media battle for public opinion.

This first book-length study of the Wounded Knee trials demonstrates the impact that legal institutions and the media have on political dissent. It also shows how the dissenters as defendants can influence these institutions and the surrounding political and cultural climate. AIM and its attorneys successfully turned the courtroom into a political forum on the history of U.S.-Indian relations but were often frustrated in telling their story by the need to observe legal procedures—and by the media’s stereotyping them as Indian warriors or sixties militants. John Sayer draws on court records, news reports, and interviews with participants to show how the defense, and ultimately the prosecution, had to respond continually to legal constraints, media coverage, and political events taking place outside the courtroom.

Although Banks and Means and most of the other protesters were acquitted, Sayer notes that the confinement of AIM protests to the courtroom robbed the movement of considerable momentum. Ghost Dancing the Law shows how legal proceedings can effectively quell dissent and represents both a critical chapter in the struggle of Native Americans and an important milestone at the crossroads of law and politics.