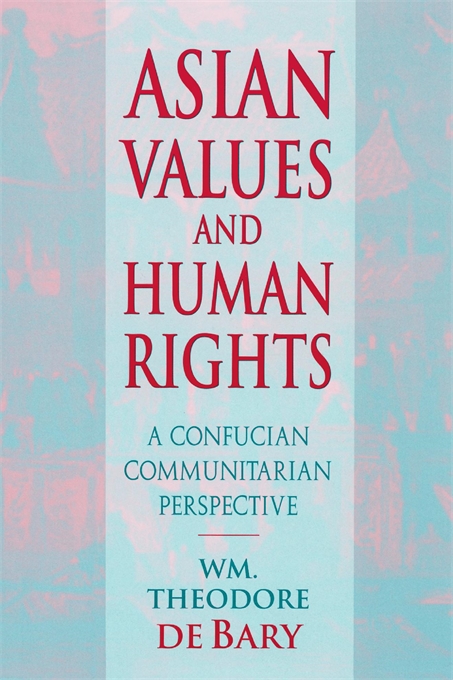 Since the horrific Tiananmen Square massacre in 1989, the debate on human rights in China has raged on with increasing volume and shifting context, but little real progress. In this provocative book, one of our most learned scholars of China moves beyond the political shouting match, informing and contextualizing this debate from a Confucian and a historical perspective.

“Asian Values” is a concept advanced by some authoritarian regimes to differentiate an Asian model of development, supposedly based on Confucianism, from a Western model identified with individualism, liberal democracy, and human rights. Highlighting the philosophical development of Confucianism as well as the Chinese historical experience with community organization, constitutionalism, education, and women’s rights, William Theodore de Bary argues that while the Confucian sense of personhood differs in some respects from Western libertarian concepts of the individual, it is not incompatible with human rights, but could, rather, enhance them.