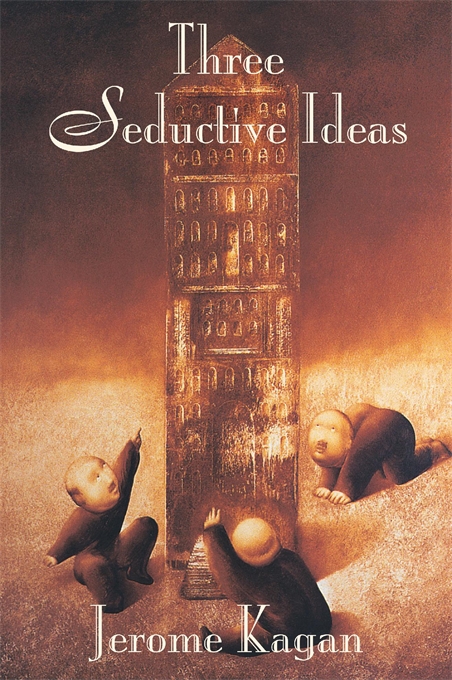 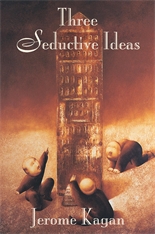 “The expression ‘seductive ideas’ is Jerome Kagan’s euphemism for popular fallacies in the behavioral sciences, and he overturns far more than three of them in this brilliant and provocative book. Kagan, a professor of psychology at Harvard University, is a near-legendary figure in the field of child development. It is accurate, but superficial, to describe Three Seductive Ideas as a critique of some baneful errors committed by social scientists, which are unmasked by one of psychology’s most erudite and rigorous experimentalists: Accurate because Kagan’s treatise is a contravention written by a master of the trade. Superficial because the book deserves to be read more deeply. Kagan offers a candid defense of the moral and spiritual nature of human beings, written in opposition to several powerful intellectual currents, including evolutionary psychology, computational neuroscience, and cognitive ethology.”—Richard A. Shweder, Science

“Jerome Kagan shows how, by acceding to the seduction of big ideas, we are actually reducing what we know and, worse, causing real damage… While the book on one level is an elegant exercise in skepticism, what it leaves in its wake is just the opposite of an intellectual quandary or ruins. I guess it’s because he leaves us feeling not how little we can now fully understand, but rather how much is already known to us and ready for our informed interpretation. Rarely have I experienced a call for intellectual humility as such an upper.”—Jeffrey Kittay, The Boston Sunday Globe

“Three Seductive Ideas isn’t merely a book about how all people think; it’s about how psychologists think about what they do. Kagan argues that the consequences of their ill-considered and misplaced enthusiasms—in favour of infant determinism, the pleasure principle and the stability of emotions and intelligence (the three seductive ideas)—trivialize their discipline and retard the progress of knowledge. His erudite text, quietly assured whenever possible and quietly skeptical when necessary, lacks both vanity and false modesty. Kagan is always polite, even when deflating hyperbole, redirecting ill-considered ascription or fleshing out abstraction… Kagan has provided nothing less than a thorough critique of psychological discourse and method. His colleagues will ignore it at their peril; lay readers will gain from it both wisdom and delight.”—Ted Whittaker, The Globe and Mail

“This is an intriguing book, thoroughly worked out.”—Cathy Urwin, The Times Literary Supplement

“[This is a] wonderful book…a serious indictment of psychology as a legitimate and useful science, implying as it does that it might be more akin to folklore than physics. But it is part of Mr. Kagan’s artfulness in this book to show us both that psychology as folklore has its own (psychological) logic and that psychology as a science could be dramatically improved… This remarkable book attempts, and largely succeeds, in revisions of psychology as generally conceived… And it does this not by proclaiming an amazing new theory for our conspicuous consumption; but by examining, simply, and with patience and wit (and occasionally startling ‘facts’), the familiar theories we all take for granted… This book has been written with all the passion and eloquence of a moral motive. And that motive is to prevent us being duped by psychology into an unruly pessimism or a callous optimism. I can’t imagine anyone being unchanged by reading this book.”—Adam Phillips, The Washington Times

“Anyone interested in child development should take the opportunity of clarifying what they believe about three fundamental issues by using this book as a stimulus for reflection and discussion.”—Bob Burden, DECP Debate

“Kagan devotes the majority of this book to three ubiquitous ideas, each in its own seductively titled chapter: ‘A Passion for Abstraction,’ ‘The Allure of Infant Determinism,’ and ‘The Pleasure Principle.’ Using evidence from hundreds of empirical studies, Kagan not only refutes each belief, but also explains why so many developmentalists are prone to hold them… The three ideas presented in this book may be seductive, but Kagan’s thorough critique of them is more persuasive still. This book is highly recommended to researchers, teachers, and parents alike. It is a service to the field of developmental psychology and to the children Kagan has studied throughout his distinguished career.”—Harvard Educational Review

“A child’s development is determined in the first two years of life. The basic goal of humans, like all primates, is to pursue pleasure. Abstract processes, such as intelligence or fear, are measurable entities, of which one might have a lot or a little. According to Kagan, a founder of developmental psychology, all three of these popular ideas are wrong.”—Harvard Magazine

“The clarity and the sheer sanity of the ideas and insights the author posits in refuting these widely held notions will make readers—and with any luck Kagan’s colleagues—rethink some of their most cherished beliefs about why people behave the way they do… [Kagan’s] are not popular ideas, clearly, but Kagan is too magisterial a scholar and thinker to let criticism get in his way. He is convinced and makes a tightly reasoned case for the fact that the social and behavioral sciences have not enjoyed the significant advances that have marked the last 20 years in biology, chemistry, and astrophysics, and so are not working as well as they should. One of the major reasons for their ‘halting progress,’ he argues, is based in the ‘reluctance to question the trio of ragged ideas’ that is the subject of this enticing and resonant book.”—Robert Leiter, Jewish Exponent

“In this seductively entitled book, an eminent founder of developmental psychology takes devastating issue with three powerful assumptions that have shaped our understanding of what we are. Using a wealth of illustrative material, he tears them each apart… The book is worth reading just for the enormous array of examples from psychological research, cultural history and philosophy which he pulls out to make his case.”—Janet Waller, Therapist

“Neuroscientific and psychological research findings have too often been hyped into a social-developmental theory of everything. In this passionately argued book, Jerry Kagan demolishes inflated claims for the irreversible effects of very early experience, or the inability of people to change. Three Seductive Ideas addresses fundamental questions for anyone interested in child development, or in psychology’s claim to be a science. It could not be more timely.”—John T. Bruer, President, James S. McDonnell Foundation

“It takes a mature scientist to recognize the truly basic problems in his science, and to offer inspiring solutions. Jerome Kagan’s accomplishment of these difficult tasks is masterful. Controversial as his arguments will be, they are indisputably on target. Three Seductive Ideas brings a fresh vision not just to psychology but to all the social sciences.”—Robert Cairns, University of North Carolina at Chapel Hill

“Jerome Kagan’s gem of a book exposes the oversimplification of psychological theory that permeates professional and popular writing. Its romp through neurophysiology, philosophy, physics, history, anthropology, and literature turns up nuggets to enrich discussion of the psychological questions everyone cares most about—intelligence, attachment, memory, morality. Provocative reading for anyone, and an inspiration for the next generation of psychologists.”—Alison Clarke-Stewart, University of California, Irvine

“The downside to the exciting reports of new discoveries in cognitive science and neuroscience is that we are left almost no chance to think carefully about what it all means. Jerome Kagan’s Three Seductive Ideas is thus a refreshing pause as well as a practical contribution to our scientific sanity. If you enjoy reflecting on science—how it is made, how it is presented, what it solves—and if you really like philosophy in the true and best sense of the word, you should read this delightful book.”—Antonio R. Damasio, University of Iowa

“This wry, wise, and provocative book reminds us that all too often, social science is influenced by prevailing philosophical and political values. Kagan’s insightful deconstruction of three popular psychological premises is fascinating, sobering, and persuasive.”—Anne Fernald, Stanford University

“Three Seductive Ideas has all the sweep and grandeur of a symphony. Kagan, being the grand conductor he is, brings together ideas from philosophy, anthropology, evolutionary biology, and neuroscience, to provide this reader with an important and persuasive critique.”—Nathan Fox, University of Maryland, College Park

“Academic social scientists and non-academics alike tend to assume that human behavior can be explained by personality and intelligence, that early experience shapes our lifelong character, and that most people are motivated more by pleasure-seeking than by morality. Kagan challenges these comfortable ideas about human nature, in a book that is entertaining, scholarly, and disquieting to the status quo. For this reason—and because it’s a delight to read!—this book should be on everyone’s reading list.”—Sandra Scarr, University of Virginia

“In the field of psychology, Jerome Kagan stands out as a distinguished and eloquent champion of conceptual pluralism. His newest book, Three Seductive Ideas, provides an insightful unmasking of some of the most influential psychological myths and misconceptions by which we live. Kagan’s compelling conclusions constitute an indispensable road map for all who seek to understand the story of human development.”—Frank J. Sulloway, Massachusetts Institute of Technology

“When confronted by a complex phenomenon like a human being, it is not too surprising that those of us charged with investigating behavior might seek occasional refuge in enticing ideas that seem to make our research go more smoothly and our intuitions satisfyingly correct. Kagan, a world-rank developmental psychologist, incisively debunks some of popular (and even) professional psychology’s most treasured fallacies and leaves us not bereft, but the wiser for it.”—Edward Zigler, Yale University