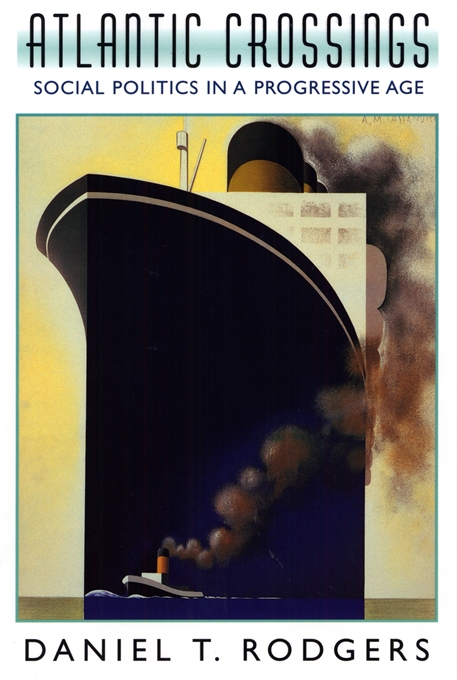 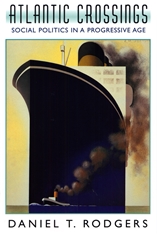 Social Politics in a Progressive Age

“The most belated of nations,” Theodore Roosevelt called his country during the workmen’s compensation fight in 1907. Earlier reformers, progressives of his day, and later New Dealers lamented the nation’s resistance to models abroad for correctives to the backwardness of American social politics. Atlantic Crossings is the first major account of the vibrant international network that they constructed—so often obscured by notions of American exceptionalism—and of its profound impact on the United States from the 1870s through 1945.

On a narrative canvas that sweeps across Europe and the United States, Daniel T. Rodgers retells the story of the classic era of efforts to repair the damages of unbridled capitalism. He reveals the forgotten international roots of such innovations as city planning, rural cooperatives, modernist architecture for public housing, and social insurance, among other reforms. From small beginnings to reconstructions of the new great cities and rural life, and to the wide-ranging mechanics of social security for working people, Rodgers finds the interconnections, adaptations, exchanges, and even rivalries in the Atlantic region’s social planning. He uncovers the immense diffusion of talent, ideas, and action that were breathtaking in their range and impact.

The scope of Atlantic Crossings is vast and peopled with the reformers, university men and women, new experts, bureaucrats, politicians, and gifted amateurs. This longue durée of contemporary social policy encompassed fierce debate, new conceptions of the role of the state, an acceptance of the importance of expertise in making government policy, and a recognition of a shared destiny in a newly created world.