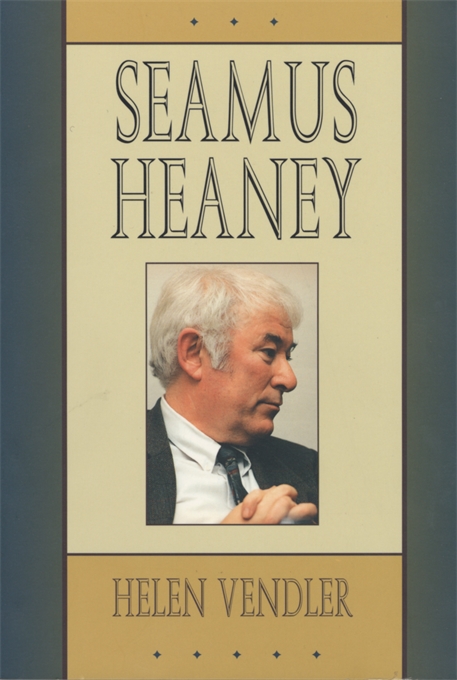 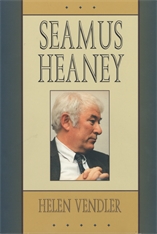 Poet and critic are well met, as one of our best writers on poetry takes up one of the world’s great poets.

Where other books on the Nobel laureate Seamus Heaney have dwelt chiefly on the biographical, geographical, and political aspects of his writing, this book looks squarely and deeply at Heaney’s poetry as art. A reading of the poet’s development over the past thirty years, Seamus Heaney tells a story of poetic inventiveness, of ongoing experimentation in form and expression. It is an inspired and nuanced portrait of an Irish poet of public as well as private life, whose work has given voice to his troubled times.

With characteristic discernment and eloquence, Helen Vendler traces Heaney’s invention as it evolves from his beginnings in Death of a Naturalist (1966) through his most recent volume, The Spirit Level (1996). In sections entitled “Second Thoughts,” she considers an often neglected but crucial part of Heaney’s evolving talent: self-revision. Here we see how later poems return to the themes or genres of the earlier volumes, and reconceive them in light of the poet’s later attitudes or techniques. Vendler surveys all of Heaney’s efforts in the classical forms—genre scene, elegy, sonnet, parable, confessional poem, poem of perception—and brings to light his aesthetic and moral attitudes.

Seamus Heaney’s development as a poet is inextricably connected to the violent struggle that has racked Northern Ireland. Vendler shows how, from one volume to the next, Heaney has maintained vigilant attention toward finding a language for his time—“symbols adequate for our predicament,” as he has said. The worldwide response to those discovered symbols suggests that their relevance extends far beyond this moment.