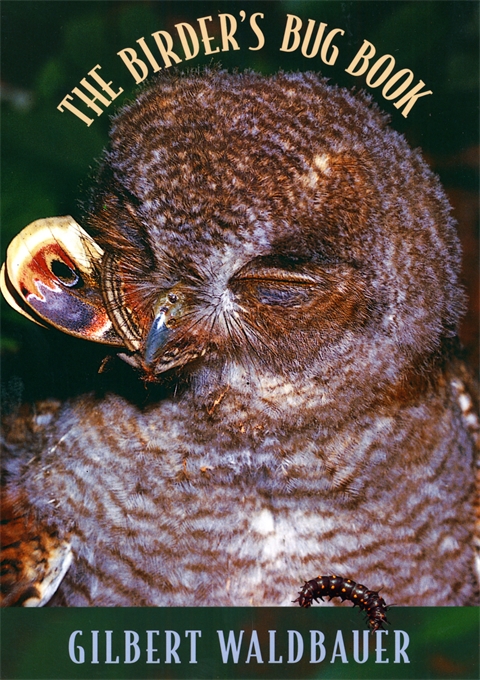 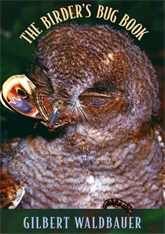 When the first birds appeared on earth about 150 million years ago, the insects were here to greet them. Inevitably the two groups came to exploit each other, and as the eons passed, they became increasingly enmeshed in a complex web of interrelationships—birds eating bugs, blood-sucking insects feeding on birds, parasitic insects infesting birds, and birds struggling to rid themselves of the parasites. In The Birder’s Bug Book Gilbert Waldbauer, a veteran entomologist and an accomplished birdwatcher, describes these and many other interactions between birds and insects. A beguiling blend of anecdote, ornithology, and entomology, rendered in the engaging style that has won over scientists and amateur naturalists alike, this book is an excellent introduction to the intricate interplay of insects and birds.

With the birds and the bees it’s not so much sex as mutual exploitation. Most birds feed mainly on insects, taking them from the air, from vegetation, and from deep within wood. The insects fight back by camouflaging themselves or by mimicking insects that birds find unpalatable. Many insects suck blood from birds or infest them, lodging in their feathers and nests. The birds fight back by preening, by taking dust or water baths to discourage lice and other bugs, and even by rubbing themselves with ants, whose formic acid repels many insects.

As entertaining as it is informative, The Birder’s Bug Book will appeal to all those interested in birds, bugs, and natural history. Profusely illustrated with drawings and color photographs, this book offers a cornucopia of facts about the life history and behavior of insects and birds.