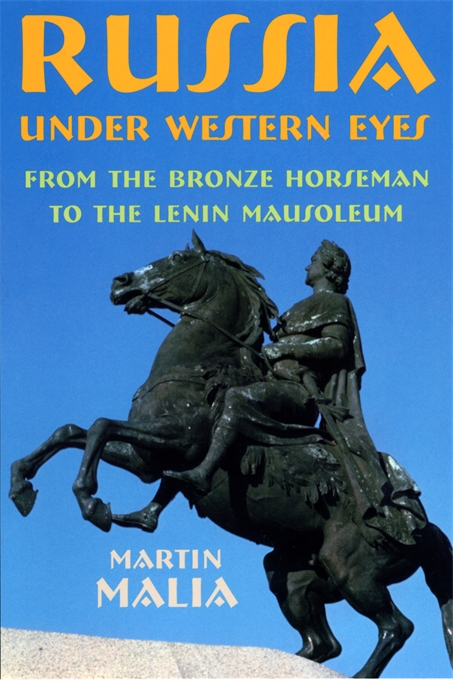 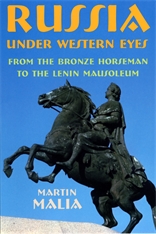 From the Bronze Horseman to the Lenin Mausoleum

As the dust clears from the fall of Communism, will Western eyes see Russia, the unclaimed orphan of Western history or Russia as she truly is, a perplexing but undeniable member of the European family? A dazzling work of intellectual history by a world-renowned scholar, spanning the years from Peter the Great to the fall of the Soviet Union, this book gives us a clear and sweeping view of Russia not as an eternal barbarian menace but as an outermost, if laggard, member in the continuum of European nations.

The Russian troika hurtles through these pages. The Spectre, modernity’s belief in salvation by revolutionary ideology, haunts them. Alice’s looking glass greets us at this turn and that. Throughout, Martin Malia’s inspired use of these devices aptly conveys the surreality of the whole Soviet Russian phenomenon and the West’s unbalanced perception of it. He shows us the usually distorted images and stereotypes that have dominated Western ideas about Russia since the eighteenth century. And once these emerge as projections of the West’s own internal anxieties, he shifts his focus to the institutional structures and cultural forms Russia shares with her neighbors.

Here modern Europe is depicted as an East–West cultural gradient in which the central and eastern portions respond to the Atlantic West’s challenge in delayed and generally skewed fashion. Thus Russia, after two centuries of building then painfully liberalizing its Old Regime, in 1917 tried to leap to a socialism that would be more advanced and democratic than European capitalism. The result was a cruel caricature of European civilization, which mesmerized and polarized the West for most of this century. As the old East–West gradient reappears in genuinely modern guise, this brilliantly imaginative work shows us the reality that has for so long tantalized—and eluded—Western eyes.