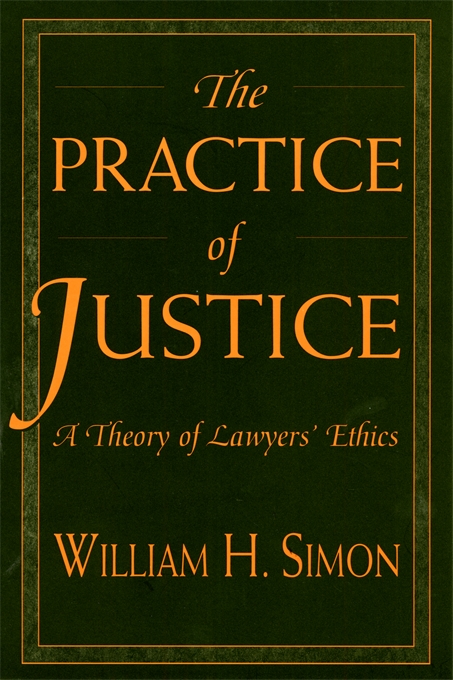 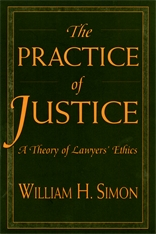 The Practice of Justice

A Theory of Lawyers’ Ethics

Should a lawyer keep a client’s secrets even when disclosure would exculpate a person wrongly accused of a crime? To what extent should a lawyer exploit loopholes in ways that enable clients to gain unintended advantages? When can lawyers justifiably make procedural maneuvers that defeat substantive rights? The Practice of Justice is a fresh look at these and other traditional questions about the ethics of lawyering. William Simon, a legal theorist with extensive experience in practice, charges that the profession’s standard approach to these questions is incoherent and implausible.

At the same time, Simon rejects the ethical approaches most frequently proposed by the profession’s critics. The problem, he insists, does not lie in the profession’s commitment to legal values over those of ordinary morality. Nor does it arise from the adversary system. Rather, Simon shows that the critical weakness of the standard approach is its reliance on a distinctive style of judgment—categorical, rule-bound, rigid—that is both ethically unattractive and rejected by most modern legal thought outside the realm of legal ethics. He develops an alternative approach based on a different, more contextual, style of judgment widely accepted in other areas of legal thought.

The author enlivens his argument with discussions of actual cases, including the Lincoln Savings and Loan scandal and the Leo Frank murder trial, as well as fictional accounts of lawyering, including Kafka’s The Trial and the movie The Verdict.