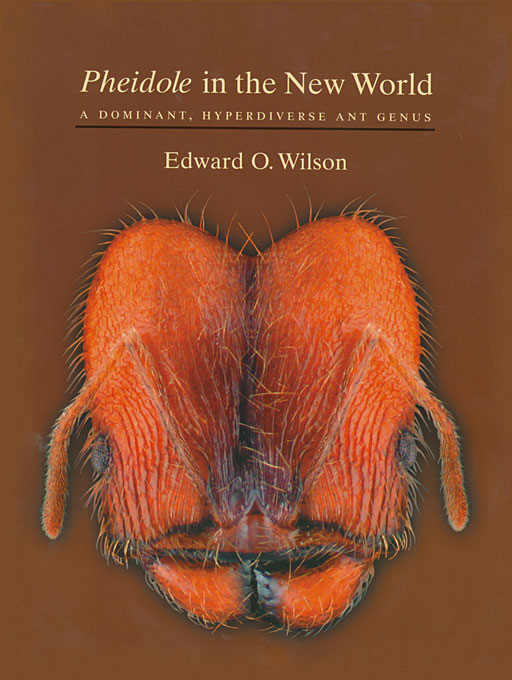 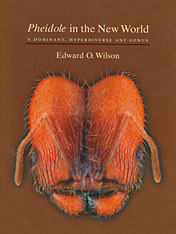 Pheidole in the New World

Species of the genus Pheidole are the most abundant and diverse ants of the New World and range from the northern United States to Argentina. In this richly illustrated book, Edward O. Wilson untangles its classification for the first time, characterizing all 625 known species, 341 of which are new to science, and ordering them into 19 species groups. The author’s keys and drawings, the latter showing complete body views arranged in the style of field books, allow rapid identification by anyone with an elementary understanding of entomology. In presenting all of Pheidole, the book covers one-fifth of the known ant species of the Western Hemisphere, including many of the commonest forms.

Wilson also summarizes our knowledge of the natural history of each species, much of it previously unpublished. In addition, he provides a general account of hyperdiversity, confirming that it is not a statistical artifact but a genuine biological phenomenon that can best be understood by detailed analyses of groups of organisms such as the Pheidole ants.

An important innovation in this book is the inclusion of a CD-ROM containing high-resolution digital images of the type specimens. The CD-ROM is designed to allow quick retrieval of information such as known range, group membership, measurements, and color. The CD-ROM thus will be useful in creating ‘instant’ field guides, comparison charts, and local checklists.