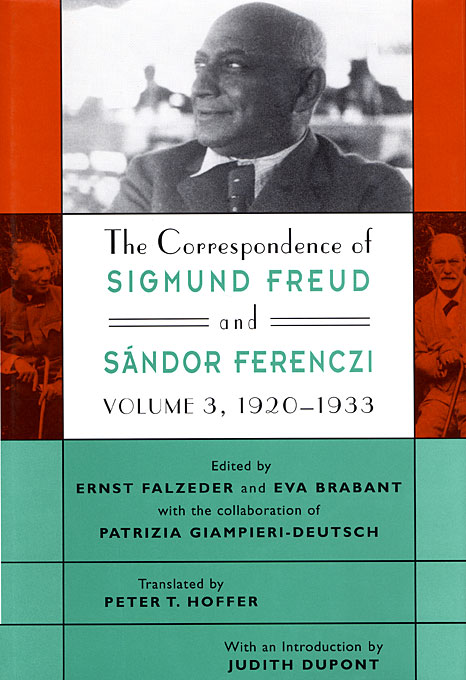 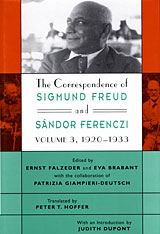 The Correspondence of Sigmund Freud and Sándor Ferenczi, Volume 3: 1920–1933

This third and final volume of the correspondence between Sigmund Freud, the founder of psychoanalysis, and one of his most colorful disciples brings to a close Sándor Ferenczi’s life and the story of one of the most important friendships in the history of psychoanalysis.

This volume spans a turbulent period, beginning with the controversy over Otto Rank’s The Trauma of Birth and continuing through Ferenczi’s lectures in New York and his involvement in a bitter controversy with American analysts over the practice of lay analysis. On his return from America, Ferenczi’s relationship with Freud deteriorated, as Freud became increasingly critical of his theoretical and clinical innovations. Their troubled friendship was further complicated by ill health—Freud’s cancer of the jaw and the pernicious anemia that finally killed Ferenczi in 1933.

The controversies between Freud and Ferenczi continue to this day, as psychoanalysts reassess Ferenczi’s innovations, and increasingly challenge the allegations of mental illness leveled against him after his death by Freud and Ernest Jones. The correspondence, now published in its entirety, will deepen understanding of these issues and of the history of psychoanalysis as a whole.