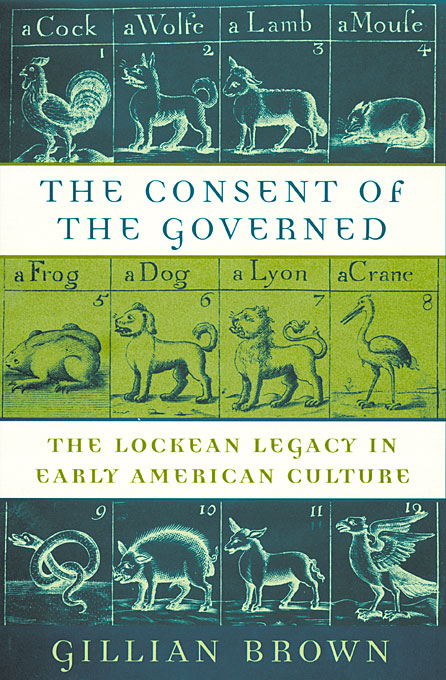 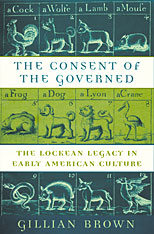 The Consent of the Governed

What made the United States what it is began long before a shot was fired at a redcoat in Lexington, Massachusetts in 1775. It began quietly in homes and schoolrooms across the colonies in the reading lessons women gave to children. Just as the Protestant revolt originated in a practice of individual reading of the Bible, so the theories of reading developed by John Locke were the means by which a revolutionary attitude toward authority was disseminated throughout the British colonies in North America that would come to form in the United States. Gillian Brown takes us back to the basics to understand why Americans value the right to individual self-determination above all other values. It all begins with children.

Locke crucially linked consent with childhood, and it is his formulation of the child’s natural right to consent that eighteenth-century Americans learned as they learned to read through Lockean-style pedagogies and textbooks. Tracing the Lockean legacy through the New England Primer and popular readers, fables, and fairy tales, Brown demonstrates how Locke’s emphasis on the liberty—and difficulty—of individual judgment became a received notion in the American colonies.

After the revolution, American consent discourse features a different prototype of individuality; instead of wronged children, images of seduced or misguided women predominate postrevolutionary culture. The plights of these women display the difficulties of consent that Locke from the start realized. Individuals continually confront standards and prejudices at odds with their own experiences and judgments. Thus, the Lockean legacy to the United States is the reminder of the continual work to be done to endow every individual with consent and to make consent matter.

What emerged in America was a new and different attitude toward authority in which authority does not belong to the elders but to the upcoming generations and groups. To effect this dramatic a change in the values of humankind took a grassroots revolution. That’s what this book is about.