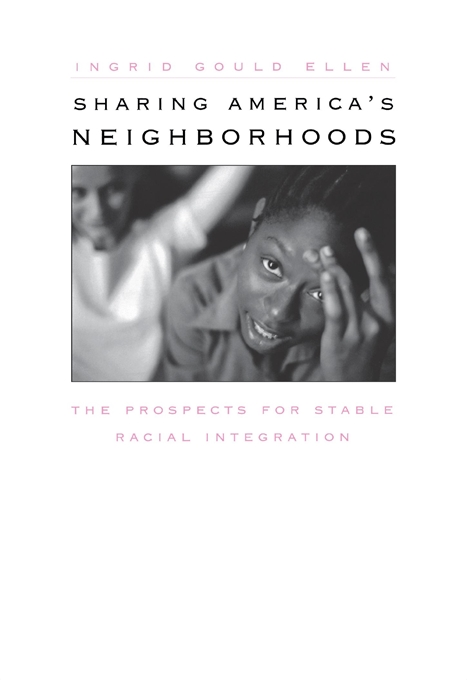 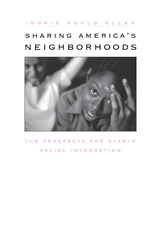 The Prospects for Stable Racial Integration

“Ellen provides a new take on an old debate and…a fine example of what it means to do one’s homework—and field work, too… In Sharing America’s Neighborhoods, Ellen suggests that the still relatively low extent of true integration may have less to do with ‘white flight,’ (the abandonment by whites of neighborhoods that are ‘tipped’ by African-American newcomers) than with ‘white avoidance,’ (the reluctance of whites to move into areas of heavy black concentration). She suggests this is due both to the prevalence of negative stereotypes about the financial stability of such places and to the assumed poor quality of life to be found in them.”—Peter Rose, The Christian Science Monitor

“Sharing America’s Neighborhoods represents the most thorough, sophisticated, and comprehensive statistical analysis of neighborhood racial stability and transition that has ever been produced. Ellen challenges the conventional wisdom about ‘white flight’ and presents a fundamentally optimistic message about integration. It is a message that needs to be heard now.”—George Galster, Wayne State University

“Sharing America’s Neighborhoods will become the definitive work on neighborhood racial change. Ellen’s approach to the mechanisms by which integration is achieved is far beyond what other scholars are doing, nor has any other scholar working on this problem brought together such a wealth of materials.”—Richard P. Taub, University of Chicago