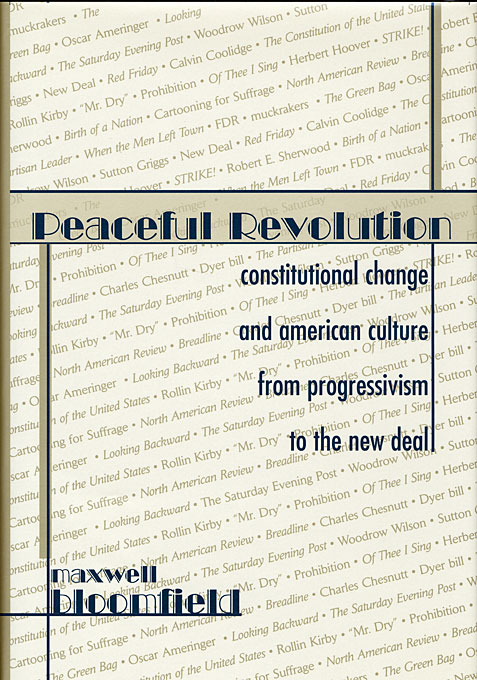 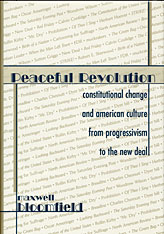 Constitutional Change and American Culture from Progressivism to the New Deal

Although Americans claim to revere the Constitution, relatively few understand its workings. Its real importance for the average citizen is as an enduring reminder of the moral vision that shaped the nation’s founding. Yet scholars have paid little attention to the broader appeal that constitutional idealism has always made to the American imagination through publications and films. Maxwell Bloomfield draws upon such neglected sources to illustrate the way in which media coverage contributes to major constitutional change.

Successive generations have sought to reaffirm a sense of national identity and purpose by appealing to constitutional norms, defined on an official level by law and government. Public support, however, may depend more on messages delivered by the popular media. Muckraking novels, such as Upton Sinclair’s The Jungle (1906), debated federal economic regulation. Woman suffrage organizations produced films to counteract the harmful gender stereotypes of early comedies. Arguments over the enforcement of black civil rights in the Civil Rights Cases and Plessy v. Ferguson took on new meaning when dramatized in popular novels.

From the founding to the present, Americans have been taught that even radical changes may be achieved through orderly constitutional procedures. How both elite and marginalized groups in American society reaffirmed and communicated this faith in the first three decades of the twentieth century is the central theme of this book.