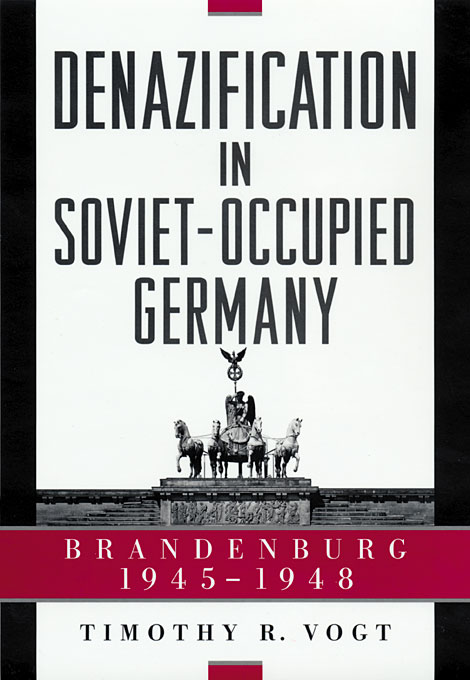 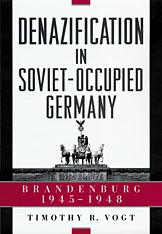 In his study of Brandenburg, Germany, Timothy Vogt directly challenges both the “antifascist” paradigm employed by East German historians and the “sovietization” interpretive model that has dominated western studies. He argues that Soviet denazification was neither an effective purge of society nor part of a methodical “sovietization” of the eastern zone. Instead, in a detailed study, denazification is pictured as a failure, which fell short of its goals and was eventually abandoned by the frustrated Soviet and German leadership.

The case example of Brandenburg is an effective means of putting “flesh and blood” into the study and giving the reader insight into both broader developments and the human actors who propelled events. The result is an analysis that is based not simply on policymakers and their policies, but rather on how policy was continuously reformulated in response to developments on the local level.

The study encompasses significant aspects of contemporary European history: everyday life in Nazi Germany, Germany’s postwar coming to terms with its Nazi past, the Cold War division of Germany, postwar Soviet policy, and the construction of a one-party communist system in Eastern Europe.