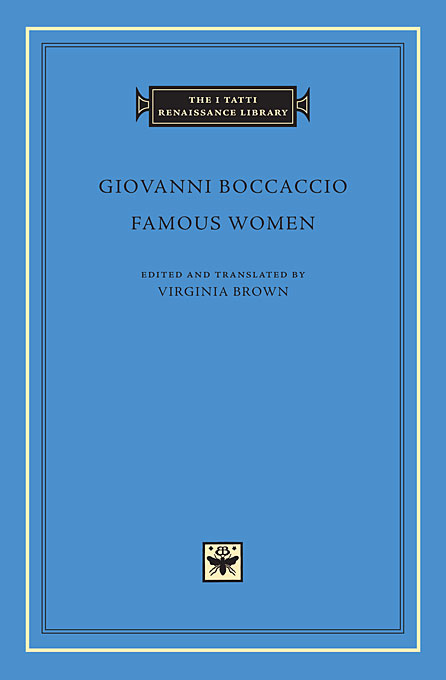 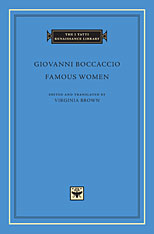 The I Tatti Renaissance Library 1

Edited and translated by Virginia Brown

After the composition of the Decameron, and under the influence of Petrarch’s humanism, Giovanni Boccaccio (1313–1375) devoted the last decades of his life to compiling encyclopedic works in Latin. Among them is Famous Women, the first collection of biographies in Western literature devoted exclusively to women.

The 106 women whose life stories make up this volume range from the exemplary to the notorious, from historical and mythological figures to Renaissance contemporaries. In the hands of a master storyteller, these brief biographies afford a fascinating glimpse of a moment in history when medieval attitudes toward women were beginning to give way to more modern views of their potential.

Famous Women, which Boccaccio continued to revise and expand until the end of his life, became one of the most popular works in the last age of the manuscript book, and had a signal influence on many literary works, including Chaucer’s Canterbury Tales and Castiglione’s Courtier. This edition presents the first English translation based on the autograph manuscript of the Latin.