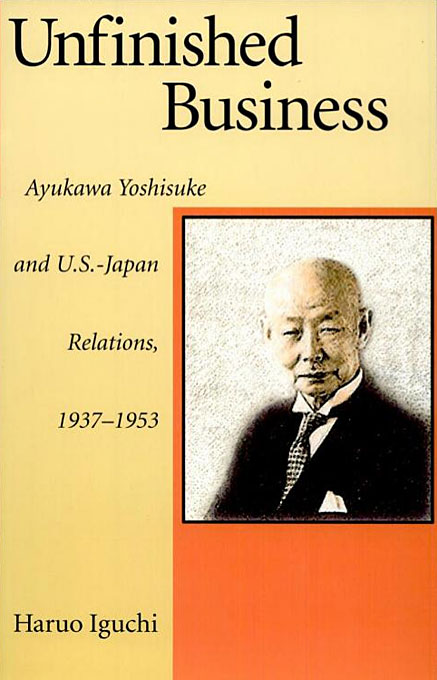 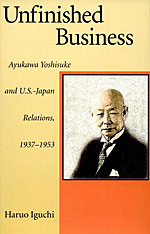 Ayukawa Yoshisuke (1880–1967) was the founder of the Nissan conglomerate and the leader of the Manchuria Industrial Development Corporation, one of the linchpins of Imperial Japan’s efforts to economically exploit its overseas dependencies. Despite his close association with the Japanese government from the 1920s to the 1950s, Ayukawa was a proponent of free trade and global economic interdependence. He sought to lessen state control of Japan’s economy by trying to attract foreign—especially American—capital and technology in the years surrounding World War II.

In the postwar era in particular, Ayukawa actively pushed the growth of small- and medium-sized firms, yet his efforts were ultimately unsuccessful. In Unfinished Business, through exploring the reasons for Ayukawa’s failure, Haruo Iguchi illuminates many of the economic problems of today’s Japan.