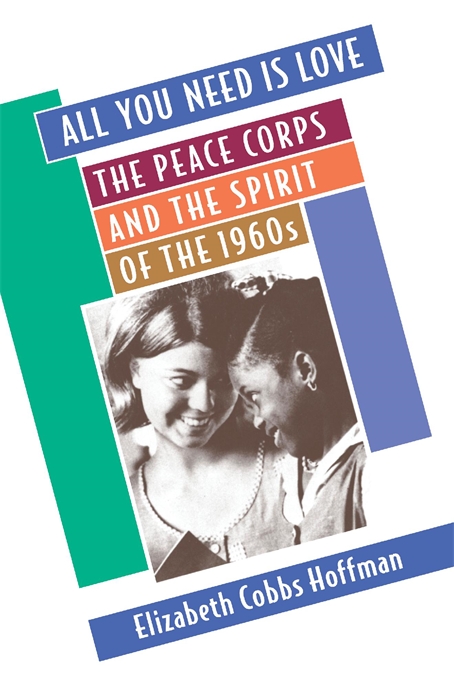 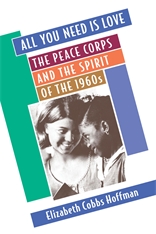 All You Need Is Love

The Peace Corps and the Spirit of the 1960s

The nation was powerful and prosperous, the president was vigorous and young, and a confident generation was gathering its forces to test the New Frontier. The cold war was well under way, but if you could just, as the song went, “put a little love in your heart,” then “the world would be a better place.” The Peace Corps, conceived in the can-do spirit of the sixties, embodied America’s long pursuit of moral leadership on a global scale. Traversing four decades and three continents, this story of the Peace Corps and the people and politics behind it is a fascinating look at American idealism at work amid the hard political realities of the second half of the twentieth century.

More than any other entity, the Peace Corps broached an age-old dilemma of U.S. foreign policy: how to reconcile the imperatives and temptations of power politics with the ideals of freedom and self-determination for all nations. All You Need Is Love follows the struggle to balance the tensions between these values from the Corps’ first heady days under Sargent Shriver and beyond to the questioning years of the Vietnam War, when the Peace Corps was accused of being window dressing for imperialism. It follows the Peace Corps through the years when volunteering dropped off—and finally into its renewed popularity amid the widespread conviction that the Peace Corps preserves the nation’s finest traditions.

With vivid stories from returned volunteers of exotic places and daunting circumstances, this is an engrossing account of the successes and failures of this unique governmental organization, and of the geopolitics and personal convictions that underpin it. In the end, the question that is most compelling is whether the Peace Corps most helped the countries that received its volunteers, or whether its greater service was to America and its sense of national identity and mission.