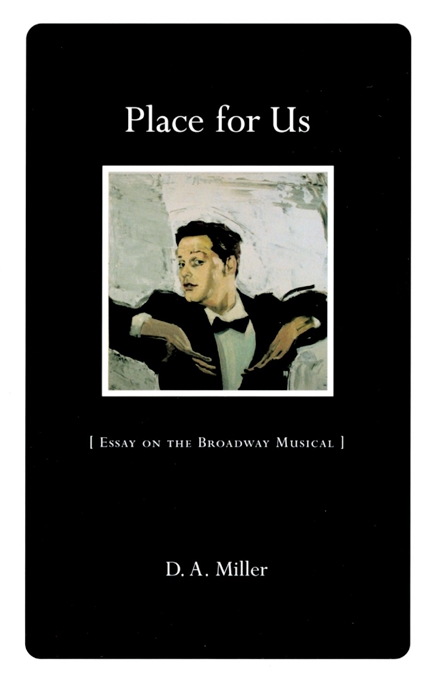 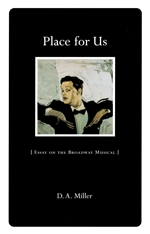 Essay on the Broadway Musical

It used to be a secret that, in its postwar heyday, the Broadway musical recruited a massive underground following of gay men. But though this once silent social fact currently spawns jokes that every sitcom viewer is presumed to be in on, it has not necessarily become better understood.

In Place for Us, D. A. Miller probes what all the jokes laugh off: the embarrassingly mutual affinity between a "general" cultural form and the despised "minority" that was in fact that form’s implicit audience. In a style that is in turn novelistic, memorial, autobiographical, and critical, the author restores to their historical density the main modes of reception that so many gay men developed to answer the musical’s call: the early private communion with original cast albums, the later camping of show tunes in piano bars, the still later reformatting of these same songs at the post-Stonewall disco. In addition, through an extended reading of Gypsy, Miller specifies the nature of the call itself, which he locates in the postwar musical’s most basic conventions: the contradictory relation between the show and the book, the mimetic tendency of the musical number, the centrality of the female star. If the postwar musical may be called a "gay" genre, Miller demonstrates, this is because its regular but unpublicized work has been to indulge men in the spectacular thrills of a femininity become their own.