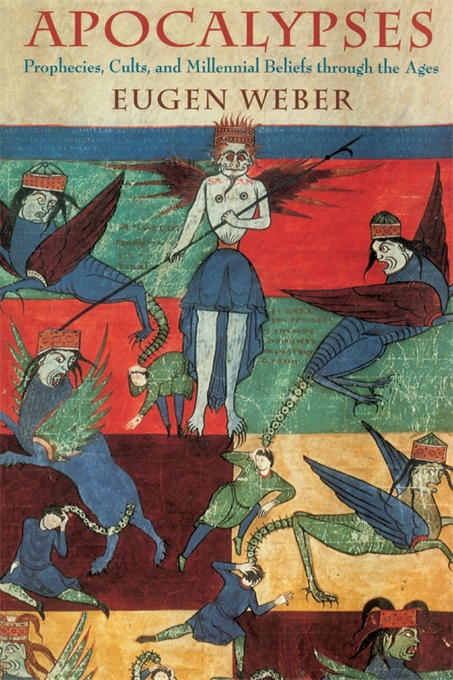 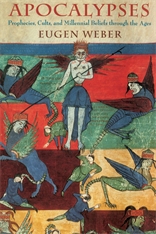 Prophecies, Cults, and Millennial Beliefs through the Ages

Apocalyptic visions and prophecies from Zarathustra to yesterday form the luxuriant panorama in Eugen Weber’s profound and elegant book. Beginning with the ancients of the West and the Orient and, especially, with those from whom we received our religions, the Jews and earliest Christians, Weber finds that an absolute belief in the end of time, when good would do final battle with evil, was omnipresent. Within centuries, apocalyptic beliefs inspired Crusades, scientific discoveries, works of art, voyages such as those of Columbus, rebellions and reforms. In the new world, American abolitionists, who were so critical to the movement to end slavery, believed in a final reckoning. The nineteenth and twentieth centuries’ apocalyptic movements veered toward a lunatic fringe, and Weber rescues them from obloquy. From this more than two millennia history, he redresses the historical and religious amnesia that has consigned the study of apocalypses and millennial thought to the ash heap of thought and belief.

Weber, a master storyteller, turns detective in this latest book as he finds these alternative rationalities in the West, Asia, Africa, and South America. He writes with profound respect for the millennial pulse in history while never losing his urbane and witty style of writing. As we approach our second millennium beset by a host of apocalyptic predictions and cults, this book offers a map of understanding of the creeds we ignore at our peril.