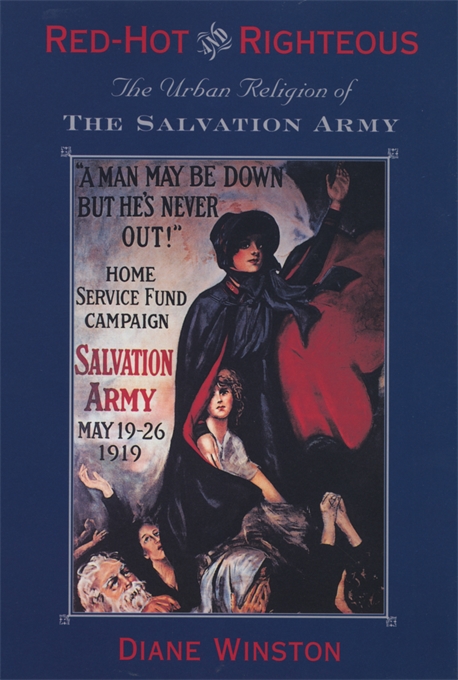 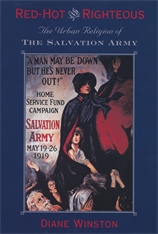 The Urban Religion of The Salvation Army

In this engrossing study of religion, urban life, and commercial culture, Diane Winston shows how a (self-styled “red-hot”) militant Protestant mission established a beachhead in the modern city. When the Salvation Army, a British evangelical movement, landed in New York in 1880, local citizens called its eye-catching advertisements “vulgar” and dubbed its brass bands, female preachers, and overheated services “sensationalist.” Yet a little more than a century later, this ragtag missionary movement had evolved into the nation’s largest charitable fund-raiser—the very exemplar of America’s most cherished values of social service and religious commitment.

Winston illustrates how the Army borrowed the forms and idioms of popular entertainments, commercial emporiums, and master marketers to deliver its message. In contrast to histories that relegate religion to the sidelines of urban society, her book shows that Salvationists were at the center of debates about social services for the urban poor, the changing position of women, and the evolution of a consumer culture. She also describes Salvationist influence on contemporary life—from the public’s post–World War I (and ongoing) love affair with the doughnut to the Salvationist young woman’s career as a Hollywood icon to the institutionalization of religious ideals into nonsectarian social programs.

Winston’s vivid account of a street savvy religious mission transformed over the decades makes adroit use of performance theory and material culture studies to create an evocative portrait of a beloved yet little understood religious movement. Her book provides striking evidence that, counter to conventional wisdom, religion was among the seminal social forces that shaped modern, urban America—and, in the process, found new expression for its own ideals.