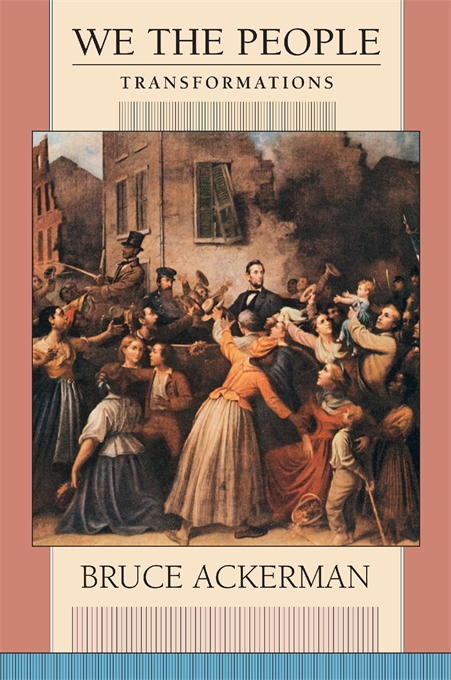 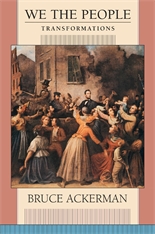 We the People, Volume 2: Transformations

Constitutional change, seemingly so orderly, formal, and refined, has in fact been a revolutionary process from the first, as Bruce Ackerman makes clear in We the People, Volume 2: Transformations. The Founding Fathers, hardly the genteel conservatives of myth, set America on a remarkable course of revolutionary disruption and constitutional creativity that endures to this day. After the bloody sacrifices of the Civil War, Abraham Lincoln and the Republican Party revolutionized the traditional system of constitutional amendment as they put principles of liberty and equality into higher law. Another wrenching transformation occurred during the Great Depression, when Franklin Roosevelt and his New Dealers vindicated a new vision of activist government against an assault by the Supreme Court.

These are the crucial episodes in American constitutional history that Ackerman takes up in this second volume of a trilogy hailed as “one of the most important contributions to American constitutional thought in the last half-century” (Cass Sunstein, The New Republic). In each case he shows how the American people—whether led by the Founding Federalists or the Lincoln Republicans or the Roosevelt Democrats—have confronted the Constitution in its moments of great crisis with dramatic acts of upheaval, always in the name of popular sovereignty. A thoroughly new way of understanding constitutional development, We the People, Volume 2: Transformations reveals how America’s “dualist democracy” provides for these populist upheavals that amend the Constitution, often without formalities.

The book also sets contemporary events, such as the Reagan Revolution and Roe v. Wade, in deeper constitutional perspective. In this context Ackerman exposes basic constitutional problems inherited from the New Deal Revolution and exacerbated by the Reagan Revolution, then considers the fundamental reforms that might resolve them. A bold challenge to formalist and fundamentalist views, this volume demonstrates that ongoing struggle over America’s national identity, rather than consensus, marks its constitutional history.