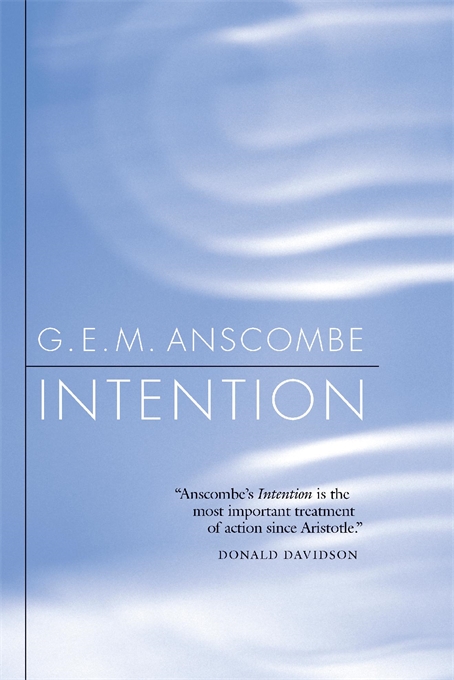 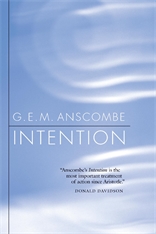 “What Anscombe has done is to cut through a whole mess of philosophical clichés, and to give us a fresh, detailed picture of the concept of an action, and of related notions such as that of a reason for acting—and this in a way which brings out clearly the sources of a host of philosophical muddles in which one can find oneself in dealing with these concepts. To have done that is to have made a significant contribution to philosophy.”—Judith Jarvis Thomson, Journal of Philosophy

“Anscombe’s classic work is the font from which all subsequent philosophical thought about agency flows.”—Robert B. Brandom, University of Pittsburgh

“Elizabeth Anscombe’s Intention is an extraordinary work: with penetrating acumen, delightfully dry wit, and not a single wasted breath, over the course of less than a hundred pages, it manages to make signal contributions to the philosophy of action, mind, and language, to moral philosophy, and to the interpretation of Aristotle and Wittgenstein.”—James Conant

“Anscombe’s Intention is the most important treatment of action since Aristotle.”—Donald Davidson, University of California, Berkeley

“Intention opened for philosophical exploration a territory of thought, and laid out the swamps and thickets capable of trapping unwary philosophers. It is still an indispensable guide.”—Cora Diamond, University of Virginia

“Anscombe’s fusion of the Aristotelian and analytical traditions is one of the highest peaks of 20th century philosophy; it has lost none of its power to destroy philosophical complacency and excite new philosophical thought.”—Michael Thompson, University of Pittsburgh

“Intention is a classic of modern philosophical psychology. It is unashamedly Wittgensteinian in organization and style—and Wittgensteinian too in its breaking of new ground and unerring sense of a new question, an unnoticed connection, an unexamined assumption. The freshness and intensity of the writing remain most impressive.”—Crispin Wright, University of St Andrews