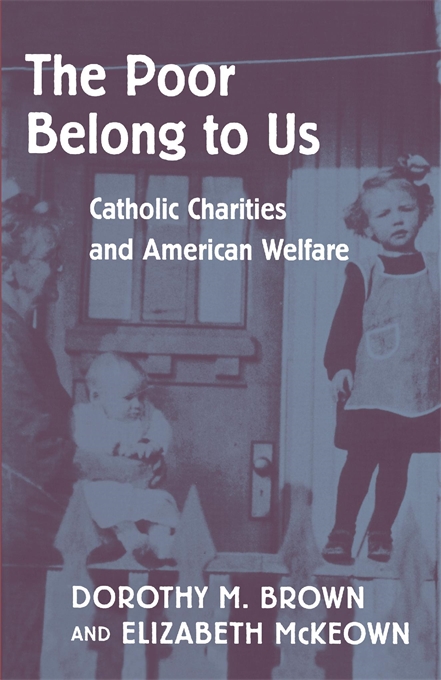 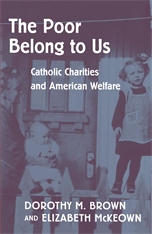 The Poor Belong to Us

Between the Civil War and World War II, Catholic charities evolved from volunteer and local origins into a centralized and professionally trained workforce that played a prominent role in the development of American welfare. Dorothy Brown and Elizabeth McKeown document the extraordinary efforts of Catholic volunteers to care for Catholic families and resist Protestant and state intrusions at the local level, and they show how these initiatives provided the foundation for the development of the largest private system of social provision in the United States.

It is a story tightly interwoven with local, national, and religious politics that began with the steady influx of poor Catholic immigrants into urban centers. Supported by lay organizations and by sympathetic supporters in city and state politics, religious women operated foundling homes, orphanages, protectories, reformatories, and foster care programs for the children of the Catholic poor in New York City and in urban centers around the country.

When pressure from reform campaigns challenged Catholic child care practices in the first decades of the twentieth century, Catholic charities underwent a significant transformation, coming under central diocesan control and growing increasingly reliant on the services of professional social workers. And as the Depression brought nationwide poverty and an overwhelming need for public solutions, Catholic charities faced a staggering challenge to their traditional claim to stewardship of the poor. In their compelling account, Brown and McKeown add an important dimension to our understanding of the transition from private to state social welfare.