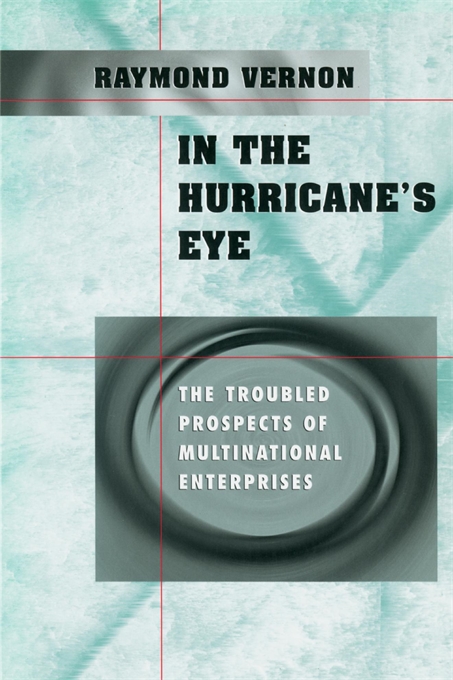 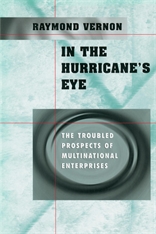 In the Hurricane's Eye

The Troubled Prospects of Multinational Enterprises

“Vernon argues that the present ostensibly cordial relationships between governments and multinationals disguises serious tensions which need addressing by policy makers...Vernon’s book is an opportune reminder that underlying tensions between the interests of ’governments’ and multinationals did not disappear in the 1990s, and that much of the enthusiasm for multinational investment in emerging and other economies is either naive, or, at the very least, based on insufficient understanding of the consequences of foreign direct investment.”—Geoffrey Jones, Business History

“In the Hurricane’s Eye is the most important book on the political economy of the multinational corporation to be published since Sovereignty at Bay. Ray Vernon has once again demonstrated his insightful and distinctive understanding of the trends affecting the dynamics of business-government relations in the global economy.”—David Vogel, University of California, Berkeley

“An invaluable analysis of the role of multinationals in today’s globalizing economy by one of the wisest and most experienced experts in the field.”—Shirley Williams, Baroness of Crosby, House of Lords

“At the very moment when market capitalism and the multinational enterprises that both reflect and propagate it are in global ascendancy, this book sounds a timely note of caution. Vernon, whose pathbreaking Sovereignty at Bay offered a fresh perspective on the interactions between multinational firms and national governments a quarter of a century ago, here lays out why their divergent goals make mounting clashes inevitable. One does not have to share Vernon’s pessimism to profit from his analysis of these growing tensions and the steps that might be taken to lessen them.”—Marina V.N. Whitman, University of Michigan

“No one has had deeper insight or a surer grasp into the global economy over several decades than Raymond Vernon. Now with In the Hurricane’s Eye, he explains clearly and logically why the apparent calm between multinational enterprises and the nation-state is likely to be shattered by the inherent conflicts between them. Both practitioners and analysts will benefit from the wisdom and unique perspective he brings to this critical and timely subject.”—Daniel Yergin, Pulitzer-Prize winning author of The Prize

“Vernon sees TNCs in the eye of the hurricane, hence a rather gloomy prediction…In short, like any good weatherperson, Vernon has given us the warning signs. But he has done them one better. Unlike the weather, where ’everyone talks about it but no one does anything about it’, Vernon’s grand tour does include suggestions on how the hurricane can be avoided.”—Tagi Sagafi-nejad, Transnational Corporations

“However, noted MNC expert Raymond Vernon2, in the thoughtful and comprehensive In the Hurricane’s Eye actually sees a potential challenge to the ascent of the MNC as the world prepares to enter the new millennium…Vernon does more than simply chronicle the growing hostility toward MNCs across the globe. In the Hurricane’s Eye concludes with a thorough examination of how best to deal with the inevitable conflicts between multinational corporations and various actors within the nation states of the developed world…Vernon, by examining this latest round of hostilities, makes it clear that the nation state must continue to figure into our assessment of the authority of the MNC.”—Michael Carriere, Review of Political Economy