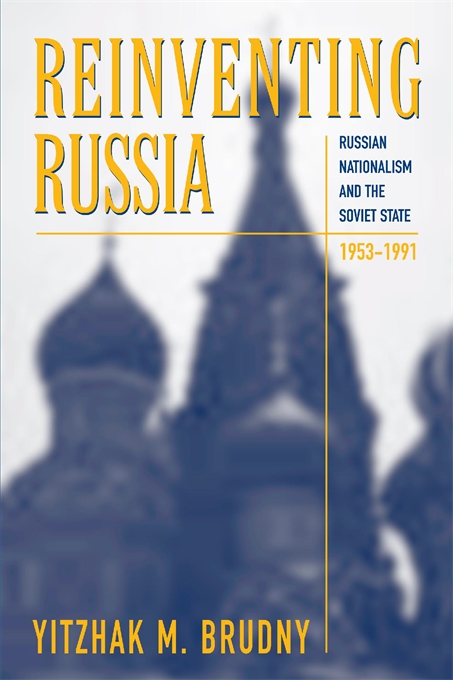 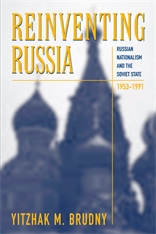 “Mr. Brudny provides a salient background to understanding one of the great phenomena of post-1945 history: how Russians arrive at their view of the West.”—Ron Laurenzo, Washington Times

“Brudny is a good guide to the origins of what probably lies ahead.”—Geoffrey A. Hosking, Times Literary Supplement

“If readers think that today’s anti-Western, antimarket, antisemitic variety of Russian nationalism is simply the fallout from the country’s current misery, they should think again. With care and intelligence, Brudny traces its lineage back to the Khrushchev years. What began among the so-called village prose writers as a lament for a rural past ravaged by Stalin’s experimentation gradually accumulated further grievances: the devastation of Russian culture and monuments, the infiltration of ’corrupting’ Western values, and ultimately under Gorbechev the ’criminal’ destruction of Russian power. Much of the book concentrates on how Khrushchev and Brezhnev tried--but ultimately failed--to harness this discontent for their own purposes.”—Robert Legvold, Foreign Affairs

“Brudny’s survey of relations between Russian nationalism and the Soviet state provides an in-depth insight into one of the most complicated aspects of the Soviet multi-national state.”—Taras Kuzio, International Affairs

“Brudny shows that Russian cultural nationalism was a powerful force in the post-Stalin years, with ultimate political consequences. In meticulous detail Brudny sets out the various strains of Russian nationalism and points to the regime’s encouragement of a certain kind of nationalism as a means of bolstering legitimacy through the ’politics of inclusion’...This volume is a significant contribution to the literature.”—R. J. Mitchell, Choice

“In Reinventing Russia, situated at the intersection of culture (specifically the literature of the village prose movement) and politics, Brudny has managed admirably to draw out the wider implications of his inquiry and provided an extremely useful set of orientation points in the current, seemingly so chaotic, political debate in Russia.”—Hans J. Rindisbacher, European Legacy

“Brudny’s book paints a fascinating picture. It delineates a rich Soviet culture and society, one that is much more varied than has been previously depicted by most Western researchers. The overriding importance of the book derives from its argument that the post-Stalinist cultural debate in the Soviet Union is what created the infrastructure for the seemingly odd alliance between communist ideology and the nationalist intelligentsia--today’s ’red-brown’ alliance. It’s a significant contribution to our understanding of the history of the nationalist idea...[Reinventing Russia provides] an enthralling overview of a historic development that has been neglected by most Western researchers...His book proves once more that anyone who seeks to understand developments in Eastern Europe cannot do so by merely analyzing the economic policy of the political maneuvers of the governing elite.”—Shlomo Avineri, Ha’aretz Book Review

“Yitzhak Brudny offers us a most persuasive attempt to explain the intricate, often puzzling relation between Soviet political and cultural bureaucracy and the rise of Russian nationalism in the post-Stalin era. His analysis of Russian nationalist ideology and its role in the corrosion of the official Soviet dogmas is uniquely insightful and provocative. Students of Soviet and post-Soviet affairs will find in Brudny’s splendidly researched book an indispensable instrument to grasp the meaning of the still perplexing developments that led to the breakdown of the Leninist state. In the growing body of literature dealing with nationalism and national identity, this one stands out as boldly innovative, theoretically challenging, and culturally sophisticated.”—Vladimir Tismaneanu, University of Maryland, College Park, author of Fantasies of Salvation

“Yitzhak Brudny has produced an impressive and scholarly account of the divisions within the Russian political and cultural elite during the last four decades of the Soviet Union’s existence. His book is important both for the fresh light it throws on that period and as essential context for interpreting the debates on nationhood and statehood which rage in Russia today.”—Archie Brown, University of Oxford

“Reinventing Russia provides us with a vivid portrayal of the politics behind the rise of Russian nationalism in post-Stalinist Russia. It is a finely detailed study of not only the relationship of political authority to the spread of nationalist ideas, but also reciprocally of the role played by these ideas in shaping the political.”—Mark Beissinger, University of Wisconsin-Madison

“Rival nationalists literally shook the Soviet Union apart. The very structure of the Soviet state encouraged all major ethnic groups--including the Russians--to view battles over resources in terms of ethnic and national conflict. Brudny, in this important study, explores precisely how rival nationalist claims emerged during the years following Stalin’s death, and why they proved to be simultaneously so robust and pernicious.”—Blair Ruble, Director, Kennan Institute, Woodrow Wilson Center

“The strength of Yitzhak M. Brudny’s book, Reinventing Russia, is its explanation of how Russian Nationalists worked to advance their causes from the time of Stalin’s death to the Soviet Union’s demise.”—Cpt. Todd Laughman, USAF, Military Review

“His analysis is enriched by Soviet archival materials recently made available; by examination of an immense range of published materials; and by interviews in Russia beginning in 1989. Consequently, the book will be very helpful for all concerned with the final decades of the Soviet system and its immediate aftermath in the Russian Republic.”—John A. Armstrong, Journal of Modern History

“Yizhak Brudnyadds a new intellectual perspective to previous explications of Russian nationalism by illuminating the relationship between nationalist writers and the state. Unlike other scholars, who have analyzed Russian nationalism from an economic or sociological starting point, Brudny addresses his treatment on the idea that in communist societies the "politics of culture" achieves an unprecedented importance...Reinventing Russia breaks much new ground, transcending earlier studies and illuminating recent Russian political culture through the medium of intellectual history.”—Todd Lee, History

“In his excellent book Reinventing Russia: Russian Nationalism and the Soviet State, 1953-1991, historian Yitzhak Brudny demonstrates how post-Stalinist Soviet leaders used nationalism to fill the ideological gaps left by Marxism-Leninism, which was losing its power to inspire the population.”—Amy Knight, Globe and Mail

“In his excellent book Reinventing Russia: Russian Nationalism and the Soviet State, 1953-1991, historian Yitzhak Brudny demonstrates how post-Stalinist Soviet leaders used nationalism to fill the ideological gaps left by Marxism-Leninism, which was losing its power to inspire the population.”—Amy Knight, Globe and Mail