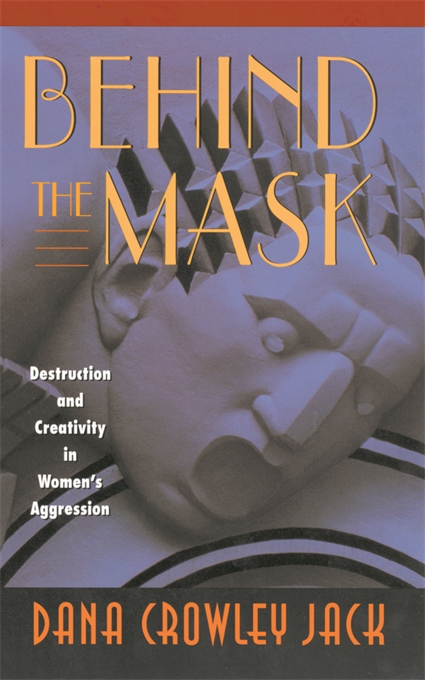 Destruction and Creativity in Women’s Aggression

“Behind the Mask is based on interviews the author conducted with 60 women, ages 17–75, mostly from the Pacific Northwest. Jack was surprised to hear how women in her study defined the range of experiences they considered ‘aggressive,’ from saying what they think or using a certain tone of voice, to physical assault… Some of the stories seem innocuous, but they speak to the pervasive (and justified) fears women have of negative social responses: a police officer toned down her feelings of exuberance after physically subduing two shoplifters, not wishing to appear to her male colleagues as if she enjoyed it too much. A college rower enjoyed feeling aggressive in workouts, challenged male professors for sexism, and even carried a gun when riding her horse on back roads, but raised her voice only once in four years with her boyfriend, for fear of alienating him. An obstetrical surgeon was warned by hospital administrators to refrain from ‘improper behavior’ that could be interpreted by other staff as hostile because she gave direct orders during surgery, rather than requests.”—Wingate Packard, The Seattle Times

“An adept and sympathetic interviewer as well as a perceptive and talented writer, Jack relates the stories of women who span the range of age, class and ethnic background to give a full picture of how women perceive aggression in our culture… In our society, she writes, the myth is that men are naturally aggressive and women are naturally and innately unaggressive, which leaves women to seek outlets for their anger in ‘sneaky’ ways. It is hoped that this illuminating and very intelligent work will help dismantle that mythology, so that women can be seen, and heard, as they are.”—Elizabeth Millard, ForeWord

“This book explores the origins, meaning, and forms of women’s experience of their own aggression. Drawing from in-depth interviews with 60 women of different ages, and ethnic and class backgrounds, Dana Jack provides a rich account of how women explain (or explain away) their own feelings and acts of rage and violence. She shows the positive sides of women’s aggression, and the potential for destructive aggression to be transformed.”—Hispanic Outlook

“For a few, aggression finds outlet in real, physical violence. But for most it means internalizing and hiding behind masks of complacency or silence. Jack’s book suggests that some forms of aggression can be valuable, and that women’s frustrations can be transformed into healthy competition and creative expression.”—Metropolitan Living

“Jack, who offered important insights in Silencing the Self, explores another facet of women’s psychology—women’s experience of their own aggression. She argues that both depression and aggression originate in disconnection, and that aggression is fundamentally relational rather than intrapersonal in character… Jack explores provocative subjects such as the societal taboos on female use of aggression; the collusion of psychology with molding conforming female behavior; and the double bind faced by women whose career path requires use of aggressive behavior.”—L. M. C. Abbott Trapp, Choice

“This study challenges traditional views of aggression as a simple destructive impulse of a personal trait that is predominantly male. For women, Jack finds, aggression arises out of a need or desire to establish intimate connections with others. She deftly combines a feminist power perspective with psychological insights to explain a wide variety of societal problems like sexual harassment, eating disorders, depression, difficulties for women in traditional male occupations, and domestic violence… This original, extensively referenced analysis broadens our understanding of aggression.”—Antoinette Brinkman, Library Journal

“This is a fabulous book—rich, passionate, informed, illuminating. I know of no other work that provides such a comprehensive and detailed account of the many facets and disguises of women’s aggression. It is beautifully written and filled with fascinating stories that extend our understanding of how women develop and express themselves in the face of poverty, racism, and violence against women.”—Nancy Rule Goldberger, coauthor of Women’s Ways of Knowing: The Development of Self, Voice, and Mind

“In this new book, a remarkably perceptive writer takes on a difficult subject: the roots of women’s aggression, its manifestations in rage or shame or determination, and the possibilities of transforming aggression into creative energy. Dana Jack argues that if we hearken to women’s own voices—and many are beautifully recorded here—we will hear the ways in which aggression can be experienced as part of a whole self, rather than a shameful impulse. Behind the Mask is a hopeful book as well as a compelling one: it shows us a way to start healing the divided feminine self.”—Toni Bernay, author of Women in Power: The Secrets of Leadership

“Most discussions of aggression up to now have focused on male behavior, and most discussions of women have avoided examining female aggression. Dana Jack’s new book, Behind the Mask, breaks free from both of those limitations, and thereby advances our understanding both of women and of aggression. By challenging the assumption that women are either too strong (morally) to engage in domineering, competitive or harmful behavior, or too weak (physically or psychologically) to succeed at it, she shows how and why they do so, and illustrates how women’s aggression typically differs from men’s. She also makes an important and useful distinction between aggression and violence, and indicates why the net effect of aggressive behavior can often be constructive rather than destructive. This is an important and original book.”—James Gilligan, M.D., Department of Psychiatry, Harvard Medical School