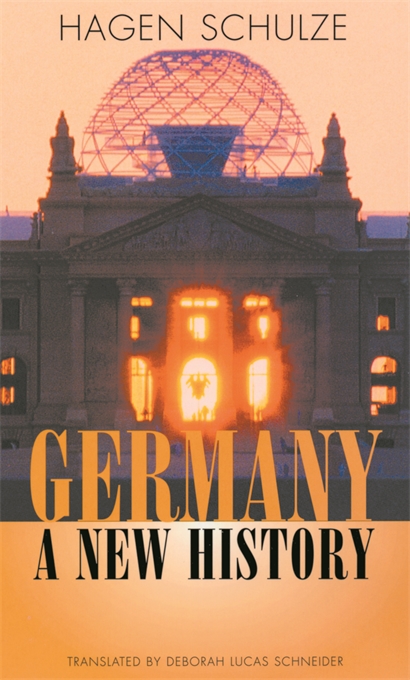 In one concise volume, Hagen Schulze brilliantly conveys the full sweep of German history, from the days of the Romans to the fall of the Berlin Wall. A story two thousand years in the making, it rings with battle, murmurs with intrigue, and hums with the music of everyday life. This richly various legacy, often overshadowed and distorted by the nation’s recent past, offers a hopeful answer to the perennial question of what kind of country Germany is and will be.

From the revolt of the indigenous tribes against Roman domination, Schulze leads us through the events that have defined a nation at the center of European culture—the Thirty Years’ War and the decline of the Holy Roman Empire, Luther’s Reformation and Bismarck’s attendance at the birth of modern Germany, the Great War and its aftermath, the nationalistic megalomania under Hitler, the division of the nation after World War II and its reunification. Throughout, we see what these developments have meant for the German people, in the arena of private life and on the stage of world history. A lavish array of illustrations provides a lively counterpoint to Schulze’s elegantly written narrative.

As it follows the threads of German language, nationalism, and culture to the present day, this dramatic account provides ample reassurance that recent history will not repeat itself. Germany: A New History will prove indispensable to our understanding of Germany, past and present, and the future of Europe.