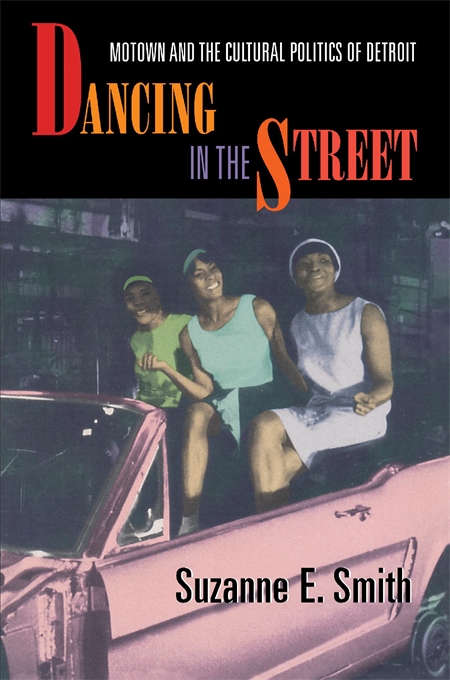 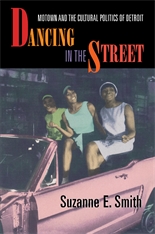 Dancing in the Street

Motown and the Cultural Politics of Detroit

Detroit in the 1960s was a city with a pulse: people were marching in step with Martin Luther King, Jr., dancing in the street with Martha and the Vandellas, and facing off with city police. Through it all, Motown provided the beat. This book tells the story of Motown—as both musical style and entrepreneurial phenomenon—and of its intrinsic relationship to the politics and culture of Motor Town, USA.

As Suzanne Smith traces the evolution of Motown from a small record company firmly rooted in Detroit’s black community to an international music industry giant, she gives us a clear look at cultural politics at the grassroots level. Here we see Motown’s music not as the mere soundtrack for its historical moment but as an active agent in the politics of the time. In this story, Motown Records had a distinct role to play in the city’s black community as that community articulated and promoted its own social, cultural, and political agendas. Smith shows how these local agendas, which reflected the unique concerns of African Americans living in the urban North, both responded to and reconfigured the national civil rights campaign.

Against a background of events on the national scene—featuring Martin Luther King, Jr., Langston Hughes, Nat King Cole, and Malcolm X—Dancing in the Street presents a vivid picture of the civil rights movement in Detroit, with Motown at its heart. This is a lively and vital history. It’s peopled with a host of major and minor figures in black politics, culture, and the arts, and full of the passions of a momentous era. It offers a critical new perspective on the role of popular culture in the process of political change.