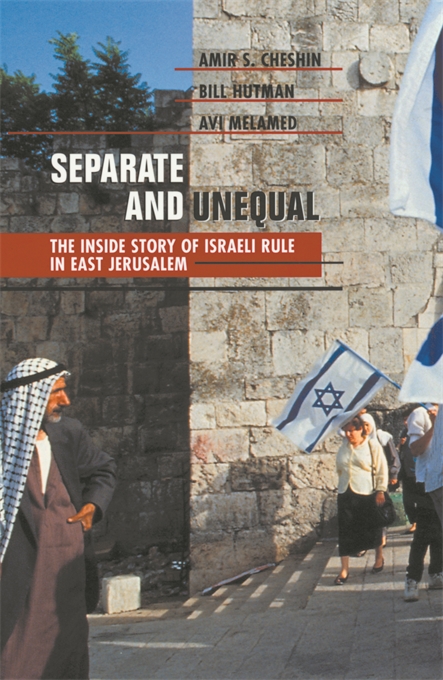 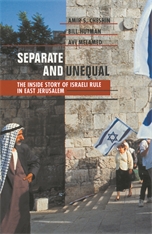 The Inside Story of Israeli Rule in East Jerusalem

This vivid behind-the-scenes account of Israeli rule in Jerusalem details for the first time the Jewish state’s attempt to lay claim to all of Jerusalem, even when that meant implementing harsh policies toward the city’s Arab population.

The authors, Jerusalemites from the spheres of politics, journalism, and the military, have themselves been players in the drama that has unfolded in east Jerusalem in recent years and appears now to be at a climax. They have also had access to a wide range of official documents that reveal the making and implementation of Israeli policy toward Jerusalem. Their book discloses the details of Israel’s discriminatory policies toward Jerusalem Arabs and shows how Israeli leaders mishandled everything from security and housing to schools and sanitation services, to the detriment of not only the Palestinian residents but also Israel’s own agenda. Separate and Unequal is a history of lost opportunities to unite the peoples of Jerusalem.

A central focus of the book is Teddy Kollek, the city’s outspoken mayor for nearly three decades, whose failures have gone largely unreported until now. But Kollek is only one character in a cast that includes prime ministers, generals, terrorists, European and American leaders, Arab shopkeepers, Israeli policemen, and Palestinian schoolchildren. The story the authors tell is as dramatic and poignant as the mosaic of religious and ethnic groups that call Jerusalem home. And coming at a time of renewed crisis, it offers a startling perspective on past mistakes that can point the way toward more equitable treatment of all Jerusalemites.