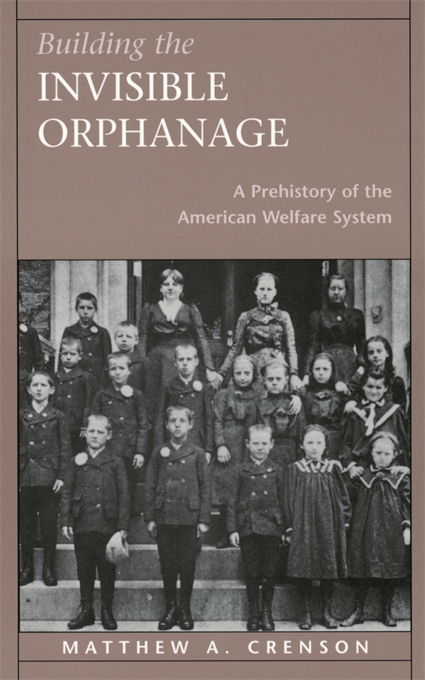 A Prehistory of the American Welfare System

In 1996, America abolished its long-standing welfare system in favor of a new and largely untried public assistance program. Welfare as we knew it arose in turn from a previous generation’s rejection of an even earlier system of aid. That generation introduced welfare in order to eliminate orphanages.

This book examines the connection between the decline of the orphanage and the rise of welfare. Matthew Crenson argues that the prehistory of the welfare system was played out not on the stage of national politics or class conflict but in the micropolitics of institutional management. New arrangements for child welfare policy emerged gradually as superintendents, visiting agents, and charity officials responded to the difficulties that they encountered in running orphanages or creating systems that served as alternatives to institutional care.

Crenson also follows the decades-long debate about the relative merits of family care or institutional care for dependent children. Leaving poor children at home with their mothers emerged as the most generally acceptable alternative to the orphanage, along with an ambitious new conception of social reform. Instead of sheltering vulnerable children in institutions designed to transform them into virtuous citizens, the reformers of the Progressive era tried to integrate poor children into the larger society, while protecting them from its perils.