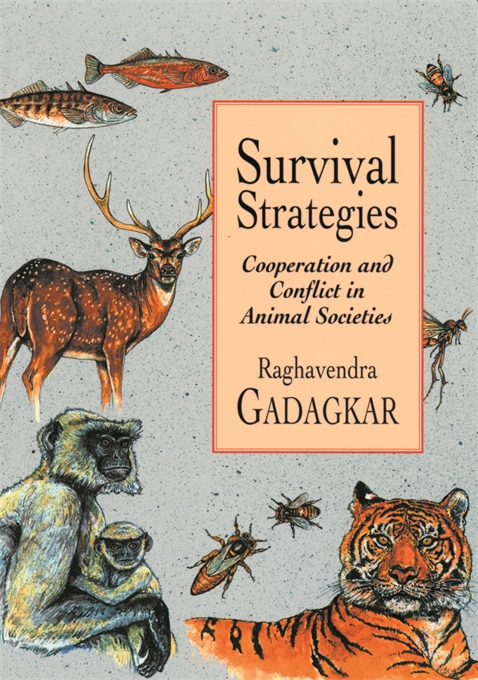 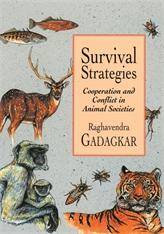 Cooperation and Conflict in Animal Societies

“Altruism, selfishness, nepotism: such typically human characteristics appear to exist in the animal world, too. Raghavendra Gadagkar’s Survival Strategies is an elegantly written discussion of whether they really do, and what could account for this kind of social behavior in animals. The author weaves in the most recent evolutionary explanations of the strategies animals adopt for their survival. Irresistible and well illustrated.”—New Scientist

“Happily, Survival Strategies makes sure that the reader never gets wrapped up in the human connotations of cooperation, conflict and society and never loses sight of natural selection as the arbiter of all things natural and no things moral… [It is] a well-presented exposition of the fundamentals of sociobiology…[and] would be an excellent course companion for introductory lectures… The author also tackles the more paradigmatic aspects of ethology, including the relationship between the causes of a behavior and its function, the antagonism between different levels of selection (gene, animal, group), the question of genetic determinism, evolutionarily stable strategies, and the relevance of conscious experience to adaptive behavior. These are perennial and oft-muddled issues…of general interest beyond ethology.”—Thomas Sambrook, The Times Higher Education Supplement

“[A] surprisingly up-to-date and thorough review of survival behavior mechanisms of animals… [It includes] intriguing cameos of examples of how different species survive, [focusing] on insects, mammals, birds, and fish. A very readable and inspiring volume.”—Northeastern Naturalist

“[An] easy to read introduction to the evolutionary principles that control the evolution of social strategies of conflict and cooperation… This can be an excellent reading for people interested in the deeper origins of complex social cognition.”—Infancia y Aprendizaje

“Why ever would an animal do something nice, when the popular conception of survival-of-the-fittest implies every animal behaves as selfishly as possible? In this insightful and cogently written work, Gadagkar explores that paradox and proposes that making nice means living longer and therefore increasing the individual’s chance of reproducing. Natural selection of genes, then, and not some learned behavior, is at work… Presenting a rich lode of examples and incorporating then with evolutionary theory, Gadagkar delivers a lecture sure to energize budding bugologists.”—Gilbert Taylor, Booklist

“Survival Strategies is a highly readable update of the spectacular evolutionary productions of animal social behavior. The author, a leading contributor to the subject, ranges smoothly from the natural history to the genetic basis of the many phenomena that have surfaced during the past two decades.”—E. O. Wilson