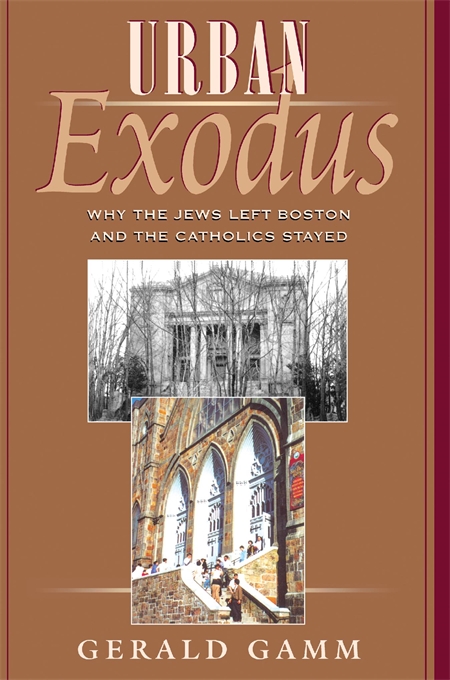 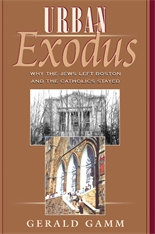 Why the Jews Left Boston and the Catholics Stayed

Across the country, white ethnics have fled cities for suburbs. But many have stayed in their old neighborhoods. When the busing crisis erupted in Boston in the 1970s, Catholics were in the forefront of resistance. Jews, 70,000 of whom had lived in Roxbury and Dorchester in the early 1950s, were invisible during the crisis. They were silent because they departed the city more quickly and more thoroughly than Boston’s Catholics. Only scattered Jews remained in Dorchester and Roxbury by the mid-1970s.

In telling the story of why the Jews left and the Catholics stayed, Gerald Gamm places neighborhood institutions—churches, synagogues, community centers, schools—at its center. He challenges the long-held assumption that bankers and real estate agents were responsible for the rapid Jewish exodus. Rather, according to Gamm, basic institutional rules explain the strength of Catholic attachments to neighborhood and the weakness of Jewish attachments. Because they are rooted, territorially defined, and hierarchical, parishes have frustrated the urban exodus of Catholic families. And because their survival was predicated on their portability and autonomy, Jewish institutions exacerbated the Jewish exodus.

Gamm shows that the dramatic transformation of urban neighborhoods began not in the 1950s or 1960s, but in the 1920s. Not since Anthony Lukas’s Common Ground has there been a book that so brilliantly explores not just Boston’s dilemma but the roots of the American urban crisis.