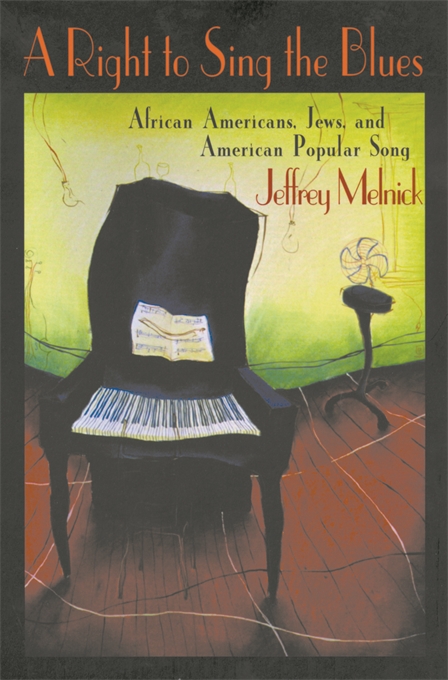 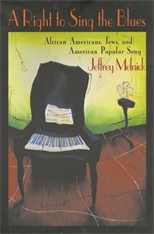 A Right to Sing the Blues

All too often an incident or accident, such as the eruption in Crown Heights with its legacy of bitterness and recrimination, thrusts Black-Jewish relations into the news. A volley of discussion follows, but little in the way of progress or enlightenment results—and this is how things will remain until we radically revise the way we think about the complex interactions between African Americans and Jews. A Right to Sing the Blues offers just such a revision.

“Black-Jewish relations,” Jeffrey Melnick argues, has mostly been a way for American Jews to talk about their ambivalent racial status, a narrative collectively constructed at critical moments, when particular conflicts demand an explanation. Remarkably flexible, this narrative can organize diffuse materials into a coherent story that has a powerful hold on our imagination. Melnick elaborates this idea through an in-depth look at Jewish songwriters, composers, and perfomers who made “Black” music in the first few decades of this century. He shows how Jews such as George Gershwin, Irving Berlin, Al Jolson, and others were able to portray their “natural” affinity for producing “Black” music as a product of their Jewishness while simultaneously depicting Jewishness as a stable white identity. Melnick also contends that this cultural activity competed directly with Harlem Renaissance attempts to define Blackness.

Moving beyond the narrow focus of advocacy group politics, this book complicates and enriches our understanding of the cultural terrain shared by African Americans and Jews.