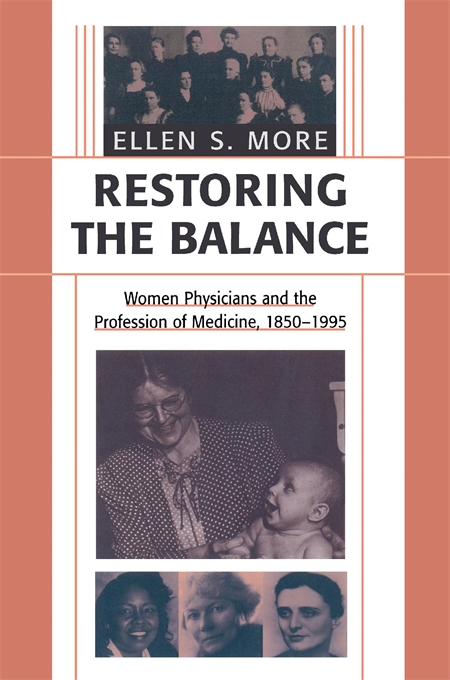 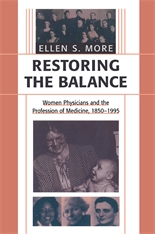 Women Physicians and the Profession of Medicine, 1850–1995

From about 1850, American women physicians won gradual acceptance from male colleagues and the general public, primarily as caregivers to women and children. By 1920, they represented approximately five percent of the profession. But within a decade, their niche in American medicine—women’s medical schools and medical societies, dispensaries for women and children, women’s hospitals, and settlement house clinics—had declined. The steady increase of women entering medical schools also halted, a trend not reversed until the 1960s. Yet, as women’s traditional niche in the profession disappeared, a vanguard of women doctors slowly opened new paths to professional advancement and public health advocacy.

Drawing on rich archival sources and her own extensive interviews with women physicians, Ellen More shows how the Victorian ideal of balance influenced the practice of healing for women doctors in America over the past 150 years. She argues that the history of women practitioners throughout the twentieth century fulfills the expectations constructed within the Victorian culture of professionalism. Restoring the Balance demonstrates that women doctors—collectively and individually—sought to balance the distinctive interests and culture of women against the claims of disinterestedness, scientific objectivity, and specialization of modern medical professionalism. That goal, More writes, reaffirmed by each generation, lies at the heart of her central question: what does it mean to be a woman physician?