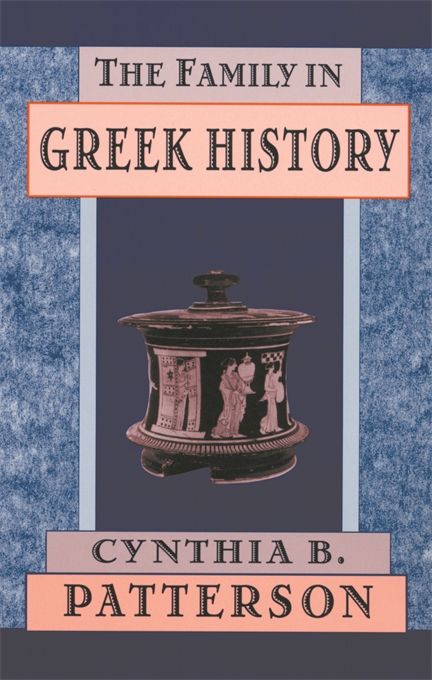 The Family in Greek History

The family, Cynthia Patterson demonstrates, played a key role in the political changes that mark the history of ancient Greece. From the archaic society portrayed in Homer and Hesiod to the Hellenistic age, the private world of the family and household was integral with and essential to the civic realm.

Early Greek society was rooted not in clans but in individual households, and a man’s or woman’s place in the larger community was determined by relationships within those households. The development of the city-state did not result in loss of the family’s power and authority, Patterson argues; rather, the protection of household relationships was an important element of early public law. The interaction of civic and family concerns in classical Athens is neatly articulated by the examples of marriage and adultery laws. In law courts and in theater performances, violation of marital relationships was presented as a public danger, the adulterer as a sexual thief. This is an understanding that fits the Athenian concept of the city as the highest form of family. The suppression of the cities with the ascendancy of Alexander’s empire led to a new resolution of the relationship between public and private authority: the concept of a community of households, which is clearly exemplified in Menander’s plays. Undercutting common interpretations of Greek experience as evolving from clan to patriarchal state, Patterson’s insightful analysis sheds new light on the role of men and women in Greek culture.