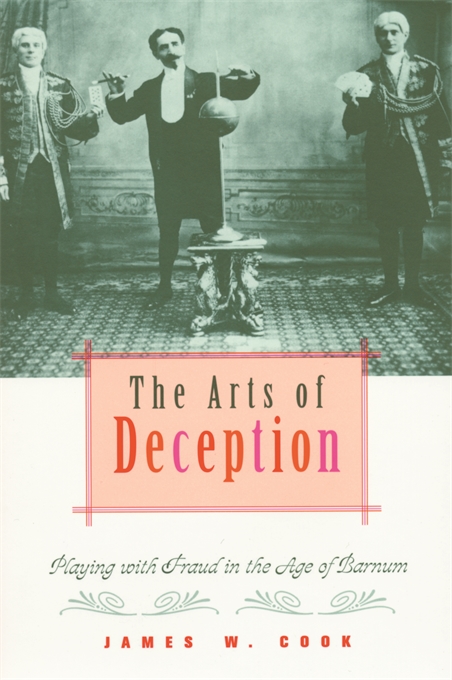 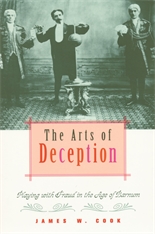 The Arts of Deception

Playing with Fraud in the Age of Barnum

Ingenious automatons which appeared to think on their own. Dubious mermaids and wild men who resisted classification. Elegant sleight-of-hand artists who routinely exposed the secrets of their trade. These were some of the playful forms of fraud which astonished, titillated, and even outraged nineteenth-century America’s new middle class, producing some of the most remarkable urban spectacles of the century.

In The Arts of Deception, James W. Cook explores this distinctly modern mode of trickery designed to puzzle the eye and challenge the brain. Championed by the "Prince of Humbug," P. T. Barnum, these cultural puzzles confused the line between reality and illusion. Upsetting the normally strict boundaries of value, race, class, and truth, the spectacles offer a revealing look at the tastes, concerns, and prejudices of America’s very first mass audiences. We are brought into the exhibition halls, theaters, galleries, and museums where imposture flourished, and into the minds of the curiosity-seekers who eagerly debated the wonders before their eyes. Cook creates an original portrait of a culture in which ambiguous objects, images, and acts on display helped define a new value system for the expanding middle class, as it confronted a complex and confusing world.