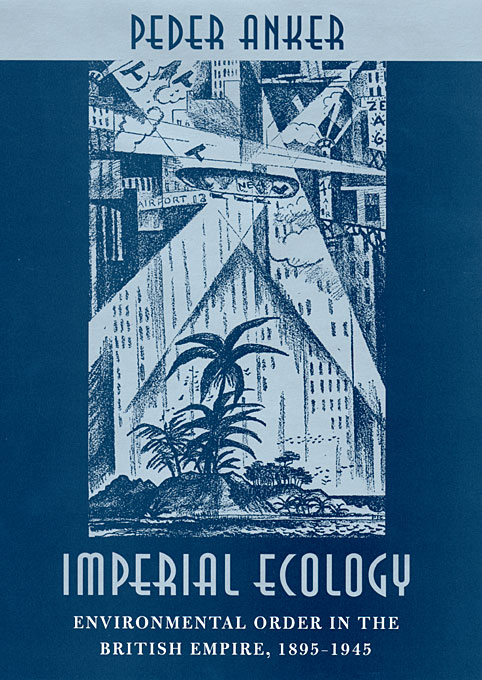 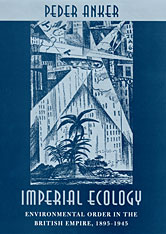 “This is a fascinating account of how ecology emerged from botany as a discipline in parallel (but competing) schools of thought in Britain and in South Africa during the first half of the 20th century. The extraordinarily detailed book contains at least two major themes: how, in each school, what had been natural science became not just transdisciplinary but a worldview including human beings; and how, despite sharp differences between the mechanistic British school and the holistic South African school, both schools supported imperialist policies and colonial administrations… Anker writes well…and has an eye for juicy tidbits.”—David B. Brooks, Alternatives

“Anker’s book is particularly strong in bringing out the way in which the debate was fought outside science and in the popular media. However, his main story is one which is intended to show how developments within scientific ecology were shaped by the ideological and philosophical division within the intellectual world of early twentieth century Britain and South Africa. In the end Tansley and Elton succeeded in stamping their authority on the newly emerging science, but thanks to Anker we can now see how they were forced to shape their theories in opposition to an influential alternative that had considerable intellectual and social support within Britain and, especially, within the colonies whose resources the British sought to exploit. This book will provide a wealth of ideas and information for historians seeking to further the cause of understanding science as a product of social forces.”—Peter J. Bowler, Annals of Science

“Anker captures the essence not only of the political and academic climates of turn of century Empire but also the personalities of the focal players and the exhilaration of defining a new scientific discipline. Engaging and illuminating, this book highlights the interrelations of politics and ecology in the past, a reminder that not much has changed in a hundred years!”—A.M. Mannion, Biologist

“Imperial Ecology is a significant work in the history of ecology that deserves a place on the bookshelves of all those historians and philosophers of science who delighted in the attention to the ideological agendas that have framed ecology’s development… Anker is concerned with the historical dynamics of the human relationship with nature and the naturalization of politics… Imperial Ecology is an outstanding piece of scholarship and an important contribution to the field.”—Piers J. Hale, The British Journal of the History of Science

“Few books are truly original; however, Anker…puts an original perspective on the history of ecology, linking two major schools of thought…to the imperial aspirations of Great Britain. The UK provided patronage (grants) to support ecologists who in turn provided important concepts strengthening Britain’s imperial grip by enhancing resource management and incorporating human ecology into colonial ecosystems… This thought-provoking book provides many new insights into the history of a discipline. It will be news to most ecologists, whose knowledge of their own history is often sketchy at best.”—J. Burger, Choice

“This instructive and award-winning book examines the development of ecology as a flourishing discipline within the confines of the British Empire. The author…describes his goal as being to deploy new research materials to explain how elements of botany evolved into the discipline of human ecology… One of Anker’s main goals in writing this book was to make writing on ecology interesting to readers. He achieves this goal resoundingly. The research conducted is impressive, both with regards to its depth and range.”—Sanjoy Bhattacharya, History and Philosophy of the Life Sciences

“In Imperial Ecology Peder Anker provides a very significant account of leading British and South African ecologists from the turn of the century to the Cold War, with a focus on environmental or ‘ecological’ politics as part and parcel of policy pushed forward by scientists… Anker’s broad approach provides many interesting insights into the normative policies of ‘environmental order.’ This well-written book should find a broad audience—and not only among historians of ecology, environmental historians, and environmental activists.”—Thomas Potthast, Isis

“Peder Anker’s stimulating discussion of the entanglements between ecological science and imperial ambitions goes some way towards explaining how concepts and ideas from the life and human sciences served to create a new kind of environmental order in the British Empire… The book is beautifully written and well-researched, and makes important and useful contributions to our understanding of a network of scientists and statesmen kind of environmental order in the British Empire… His is an original and thought-provoking study that should do much to contextualize the imperial history of ecology.”—Helen Tilley, The Journal of the History of Biology

“Peder Anker’s Imperial Ecology is the unexpected story of how late-imperial British ecologists took their arcane studies of marine life off Spitzbergen or the game of southern Africa and brought them to bear on very different areas of interest. These ecologists fashioned from their studies a view of human ecology broad enough, in this telling, to embrace cycles of sexual activity in Japanese brothels, famine in central Asia, the building blocks for national economic planning and the cultural underpinnings of Nazism. An eye-opener.”—Fred Pearce, New Scientist

“This is a fine analysis of an important aspect of the history of twentieth century ecology, as valuable for the questions it raises as for its conclusions. It is particularly rich in the possibilities it suggests for comparative study of ecology elsewhere in the empire, such as in Australia, Canada and India, as well as in the United States and other European empires… Anker’s exploration of these psychological dimensions of ecology is original and overdue: few have examined in any detail the historical links between psychology and ecology.”—Stephen Bocking, Studies in History and Philosophy of Biological and Biomedical Sciences

“Anker has written a ruthlessly honest political and cultural history of ecology, setting it firmly in the world of nineteenth-century colonialism. Illusions vanish here: turn of the century ecology did not stand for a pure pacifism or an eden of natural harmony. Instead, we find that both the liberal mechanism of British ecologist Arthur George Tansley and the holistic ecology of South African statesman Jan Christian Smuts were both firmly built upon nationalism—and a nationalism that mattered a great deal, militarily, racially, and socially. This is important work and a riveting read.”—Peter Galison, Harvard University