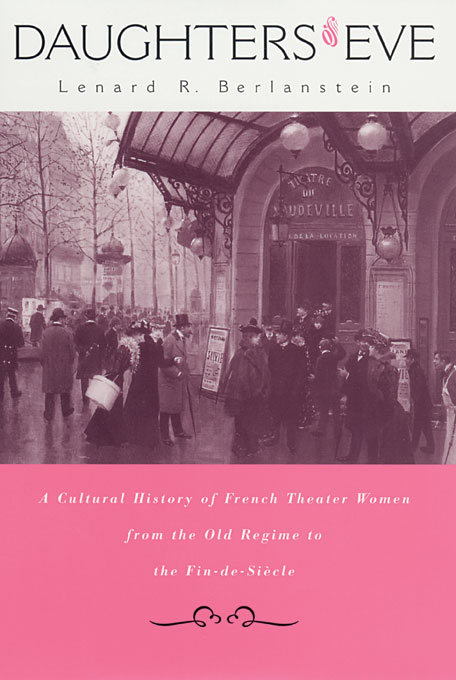 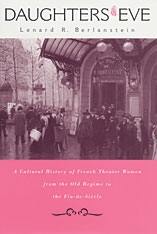 Drawing upon newspaper accounts, society columns, theater criticism, government reports, autobiographies, public rituals, and a huge corpus of fiction, Lenard R. Berlanstein argues that the public image of actresses was shaped by the political climate and ruling ideology; thus they were deified in one era and damned in the next. Tolerated when civil society functioned and demonized when it faltered, they finally passed from notoriety to celebrity with the stabilization of parliamentary life after 1880. Only then could female fans admire them openly, and could the state officially recognize their contributions to national life.

Daughters of Eve is a provocative look at how a culture creates social perceptions and reshuffles collective identities in response to political change.