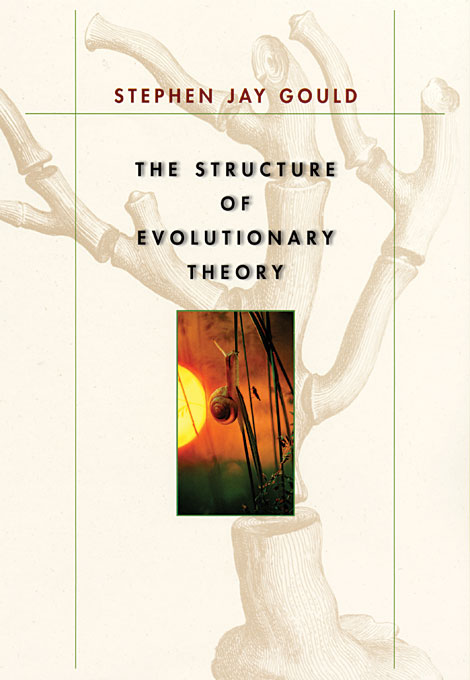 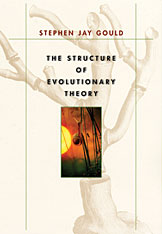 The Structure of Evolutionary Theory

“[A] magisterial tome… [The Structure of Evolutionary Theory] is destined to go down in history alongside the writings of Galileo, Darwin, Huxley, Freud, Mayr and others as a work that will change its culture forever. Gould’s critics (and there are plenty of them) may weep and gnash their teeth at such an assessment, but they ignore him at their—and our—peril. This man has something important to say about the preeminent origin myth of our age—evolutionary theory—and he has said it in this magnificent work.”—Michael Shermer, The Washington Post

“[This is] a summation of Stephen Jay Gould’s life work, building on Darwinism to provide a novel synthesis of how evolution has shaped the living world… One of the joys of reading about good science is the chance not only to observe how scientific theory works, but also to participate in the workings of the mind behind the words. In Gould’s…The Structure of Evolutionary Theory, the reader will find such joy in abundance.”—Tim Flannery, The New York Review of Books

“The Structure of Evolutionary Theory was, we are told, ten years in the making, and is in many ways likely to be seen as Gould’s greatest achievement. Of the enjoyment that many hundreds of thousands have gained from reading Gould’s essays there can be no doubt… [T]here is no doubt that this is a profound and major contribution to evolutionary theory, standing high above the smoke of battle in the Darwin Wars.”—Steven Rose, The Times Literary Supplement

“Stephen Jay Gould’s work always generates keen interest and the present volume perhaps more so given his recent death. It is a thoughtful and technical book—a statement of position and a response to critics—and it is huge… It is not a textbook as the title might suggest; instead, it is evolutionary theory as viewed through Gould’s unique vision.”—Stephen Lewis, Biologist

“For all its rigorous detail and painstaking historical, scientific, and philosophical explication, Gould’s massive work is profoundly personal and dramatic, laced as it is with his great love for Darwin, frank intellectual autobiography, and his belief that the history of evolutionary thought ‘constitutes an epic tale’… [E]very scientifically inclined reader, will be affected by some aspect of Gould’s passionate argument, humanistic sensibility, and sheer pleasure in the noble pursuit of knowledge and understanding.”—Donna Seaman, Booklist

“The culmination of about 25 years of research and study, this book traces the history of evolutionary thought and charts a path for its future… This book presents Gould in all his incarnations: as a digressive historian, original thinker and cunning polemicist… Even Gould’s opponents will recognize this as the magnum opus of one of the world’s leading evolutionary thinkers.”—Publishers Weekly

“Stephen Jay Gould doesn’t hold anything back in this remarkable and important book. Impressive on many levels, The Structure of Evolutionary Theory represents Gould’s all-out attempt to revise and extend evolutionary theory as proposed by Darwin in 1859… Gould’s respect and admiration (I would even say, love) for Darwin as a scientist and as a man have been evident throughout all his writings, and this book, which begins and ends with Darwin, is no exception. In stating his motivation for it, Gould leaves no doubt that his goal is not just to explicate evolutionary theory but to laud Darwin as well… While presenting a case that should strengthen his own place in history, Gould also makes it known that he is preserving the legacy of his mentor as well, at least for now.”—Mark Davis, Ruminator Review

“Fascinating, discursive, dogmatic, intensely personal and often quite technical, The Structure of Evolutionary Theory is also in most of its sections readily accessible to lay readers—and well worth the effort… This summation of Gould’s idiosyncratic life work will undoubtedly arouse tremendous enthusiasm in loyal Gouldites… Gould’s detailed arguments and scholarly exegesis of the historical literature on evolution’s forebears and conflicts fully justify the length of this book. But the nuggets of Gould, the literate and rambunctious scientist, give it delicious flavor on page after page… This is a brilliant, controversial, thorough and immensely readable updating of Darwin.”—David Perlman, The San Francisco Chronicle

“By literary standards [The Structure of Evolutionary Theory] is unique, a combination of scientific argument, historical analysis both of this argument and of all that went before it, an apologia pro vita sua, and many entertaining diversions… It is hard to think of any one else with this combination of polymathic ability and of sheer cheek, and equally hard to imagine filling a scientific auditorium with people who have read it right through—one of several ways in which the book can fairly be likened to The Origin of Species.”—John R.G. Turner, The Spectator