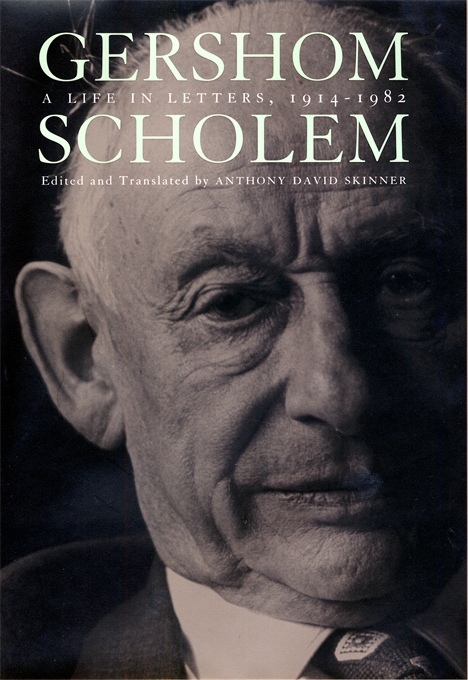 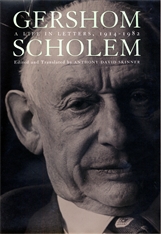 “What can this lucky bookworm say to readers who are not especially curious about the kabbalah or about the history of universities in Israel? A great deal, as this selection of letters to and from Scholem makes clear. Some of its pleasures are simple ones: the spell-binding story of the Scholem clan… But this narrative also asks difficult questions: one is whether cleaving to a particular people and its tradition constitutes a self-imposed exile from a realm of more-universal concerns… [Skinner’s] translations, thankfully, let the correspondents speak in voices that sound like their own.”—The Economist

“A lively…collection, which follows Scholem from his fevered adolescence to the sovereign authority of his final years. The editor’s illuminating biographical summaries set out useful links from decade to decade, but it is Scholem’s uncompromising voice that gives this volume its unified force and striking crescendos. In their unstinting energy, the letters show a man exactly where he wanted to be, and conscious of exactly why.”—Cynthia Ozick, The New Yorker

“Gershom Scholem: A Life in Letters offers a fascinating sample of the 16,000 letters he exchanged with members of his family… His correspondences with brilliant intellectuals of his time make for fascinating reading and provide a close look at the thoughts, beliefs and passions of a man discovering Judaism in a time and place when it seemed to be disappearing… Anthony David Skinner had chosen the letters wisely and offers excellent overviews of the periods in which they were written.”—Sylvia Rothchild, Jewish Advocate

“Over seven decades, Scholem sent and received 16,000 letters. The Hebrew University’s Anthony David Skinner has lovingly translated and edited a selection of these… The replies—from such luminaries as Walter Benjamin, Martin Buber, Theodor Adorno and Hannah Arendt—create an engrossing dialogue. Skinner’s artful annotations render Scholem’s most esoteric notions accessible to the lay reader. And he shows how the adolescent maverick evolved from a ‘Jewish Zarathustra to Master Magician Emeritus of the post-war years’… It will whet readers’ appetites to read Scholem’s own books. In an age of emails and faxes, Scholem is truly a man of letters—in both senses of the term.”—Lawrence Joffe, Jewish Chronicle

“Anthony David Skinner has done a useful and meticulous job. This is the most readable history of German destruction and Israeli construction I know. And it describes Jewish habits of thought leading to this day and trailing back into the darkness over thousands of hidden years.”—Atar Hadari, Jewish Quarterly

“Scholem was a giant in the scholarly study of Jewish mysticism, responsible for bringing Kabbalah in particular to the attention of academia. However, the letters Skinner presents here reveal more of Scholem as a person than as a scholar. Scholem saw the two as intimately connected and would likely argue that these documents do aid in understanding his work. The decision to focus on the personal has the benefit of unearthing several firsthand accounts of critical events in 20th-century Jewish and European history.”—Stephen Joseph, Library Journal

“[Anthony David Skinner] has ably translated and edited a wide-ranging selection of letters from the life of this master scholar of Jewish mysticism. Most of the letters…appear here in English for the first time. [Skinner’s] selection illuminates a question that has always haunted readers of Scholem: How did the personality of this overly dignified and self-confident academic relate to the unbridled otherworldliness in the texts he analyzed with such seeming detachment?”—Publishers Weekly

“A biography of Gershom Scholem lies in these well-selected and edited letters. Reading biographically between the letters’ lines, in the manner of Gershom Scholem, Master Scholar, you can learn how he found his own story between the lines of the Kabbalah’s texts he almost signlehandedly restored to life; and how he wrote his autobiography out so intensely, with such vast erudition and brilliance, in all his commentaries on the Kaballah that it became, over his lifetime, a biography of the whole endlessly resilient, culturally prolific Jewish people, a 20th century national epic.”—Elisabeth Young-Bruehl, author of Hannah Arendt: For Love of the World