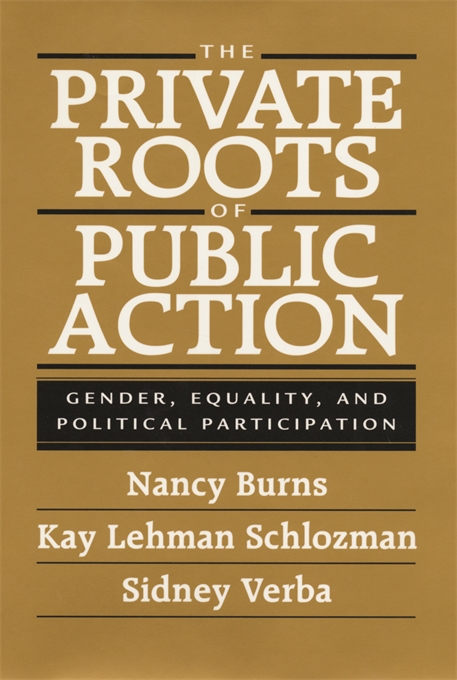 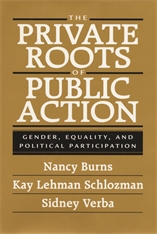 The Private Roots of Public Action

Why, after several generations of suffrage and a revival of the women’s movement in the late 1960s, do women continue to be less politically active than men? Why are they less likely to seek public office or join political organizations? The Private Roots of Public Action is the most comprehensive study of this puzzle of unequal participation.

The authors develop new methods to trace gender differences in political activity to the nonpolitical institutions of everyday life—the family, school, workplace, nonpolitical voluntary association, and church. Different experiences with these institutions produce differences in the resources, skills, and political orientations that facilitate participation—with a cumulative advantage for men. In addition, part of the solution to the puzzle of unequal participation lies in politics itself: where women hold visible public office, women citizens are more politically interested and active. The model that explains gender differences in participation is sufficiently general to apply to participatory disparities among other groups—among the young, the middle-aged, and the elderly or among Latinos, African-Americans and Anglo-Whites.