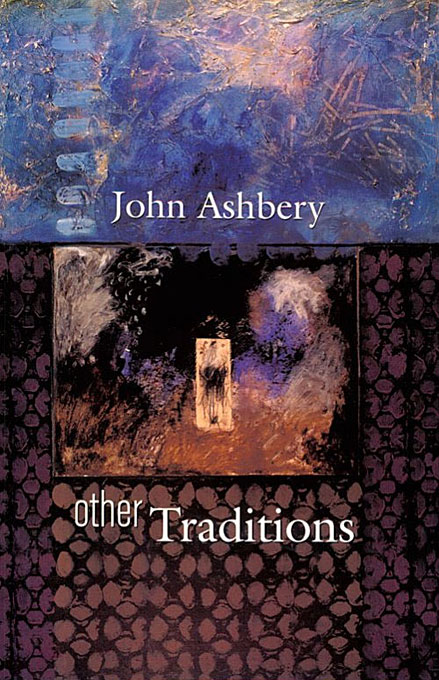 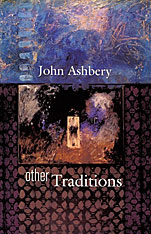 “[This is Ashbery] at his most accessible. Each of the six poets [he] discusses…is one of his favorites, one he turns to for a ‘poetic jump-start’ at times of creative ebb. Ashbery celebrates obscurity, championing the work of minor poets… The chapters are chronicles of disappointment, madness and suicide, all leavened by Ashbery’s wit, his obvious pleasure in revealing the eccentricities of his subjects. The critical readings of the poems themselves are tougher going, as Ashbery attempts what may be impossible: the explication of the indeterminate.”—Taylor Antrim, The New York Times Book Review

“John Ashbery is arguably one of the two or three greatest living American poets… To spend a few hours in [his] company, even on the page, is a civilized entertainment not to be missed… Ashbery discusses six minor poets who have influenced and energized his work… All these poets were, to say the least, a trifle unbalanced, but each at his or her best created a distinctive verse music, a heard melody that haunts even when the actual meaning of the words remains elusive. Ashbery fans will recognize this feeling.”—Michael Dirda, The Washington Post Book World

“Whether it is due to bad luck on the poet’s part or simply a lack of merit, the strength of minor poetry, Ashbery would say, lies precisely in its imperfection. [His] Norton Lectures attempt to solve that puzzle, namely, the degree to which originality is the product of a peculiar kind of inability… Other Traditions is an entertaining and shrewd little book. To begin with, the life stories of the six poets he discusses are all amazing. Ashbery is an accomplished raconteur and the lectures are full of delightful anecdotes… The lectures also provide abundant hints about Ashbery’s own method. As he readily admits, poets when writing about other poets frequently write about themselves.”—Charles Simic, The New York Review of Books

“These lectures perform an invaluable service, in that they create a new context for the reconsideration of neglected poets. Ashbery offers thumbnail biographies of each poet while focusing on the way in which the poems themselves lead their own life. With the exception of Clare, little of the work that Ashbery discusses is easily accessible. Some has rarely appeared in print… The lectures in Other Traditions are the record of abiding passions… Ashbery’s lectures reveal his extraordinary curiosity and stamina as a reader; he is willing to wade through tedious stretches of verse and revisit a poet’s work frequently, with nothing to go on but the memory of having once been stirred.”—John Palattella, London Review of Books

“Holding up a lantern, Ashbery becomes a guide, leading the reader through the reverse narrative of his literary influences. He offers the notion that influence often happens inadvertently. Thus, his book can be read as a map charting the development of one of our most eminent poets. He allows the reader a personal perspective—replete with musings and asides. The tone of his sweeping prose is that of a friend and mentor.”—Dean Kostos, Bay Windows

“[This] book of essays about the work of several lesser-known poets…is a pure pleasure to read. Ashbery is a keen and knowledgeable commentator, paying graceful homage to these artists’ work, to his own history as a poet and reader, and to the rich mysteries of poetry itself…a quiet triumph.”—Lisa Beskin, Boston Review

“Ashbery can be a difficult writer to get to grips with. His long unspoolings of memory, bewilderingly jarring fractured narrative, swings and lurches from one register to another, and a vocabulary which can range from the high-flown to the demotic within a single sentence, are both unsettling and invigorating.”—Michael Glover, Financial Times

“Recklessness (and in some cases, fun) is the salient feature that connects the six little-known and disparate writers that Ashbery chose to discuss in his Charles Eliot Norton lectures… In his analysis of [the poets], Ashbery is particularly alert to what is ‘askew’ in their work, to the ways they throw the reader ‘off balance,’ to the ‘fertile short-circuiting’ of expectations that their best poetry achieves.”—Mark Ford, The New Republic

“John Ashbery’s Norton Lectures, just published as Other Traditions, are a fine introduction to the lives and work of six little-known and very eccentric poets, from Thomas Lowell Beddoes to David Schubert. Ashbery, whose own work is known for its disjunctions and sudden shifts of attention, delights in the similar strangenesses he has unearthed in these poets. They are happily removed from the mainstream, indulging their private obsessions and crank theories, but Ashbery has a sure sense of their similarities to each other, and to himself. By the end of the book, Ashbery’s own place in the poetic tradition has become much clearer.”—Adam Kirsch, The Providence Phoenix

“One of our foremost (and most difficult) living poets…[Ashbery] has always been reluctant to offer exegesis of his twisting, witty, but obscure verse. Called upon to deliver the Charles Eliot Norton lectures, he does the next best thing, discussing his interest in six minor poets who have spurred his own writing… Ashbery finds in them [a] common denominator:…each of them is someone for whom the mere act of versifying is its own end, with the flash of language in motion often taking precedence over ‘meaning’—a quality that could fairly be ascribed to Ashbery himself… An impressive performance by a central figure in modern American poetry.”—Kirkus Reviews

“Where others have deconstructed and codified, Ashbery is intimate and revealing, be the subject England, Romanticism, Brooklyn, Marxism, Nashville, or Modernism. In each essay, he attempts to grasp and convey the strange originality of each writer’s work, providing a ‘user-friendly’ set of illuminating commentaries about the legacy and dignity of writing and the nature of truth and poetry.”—Scott Hightower, Library Journal