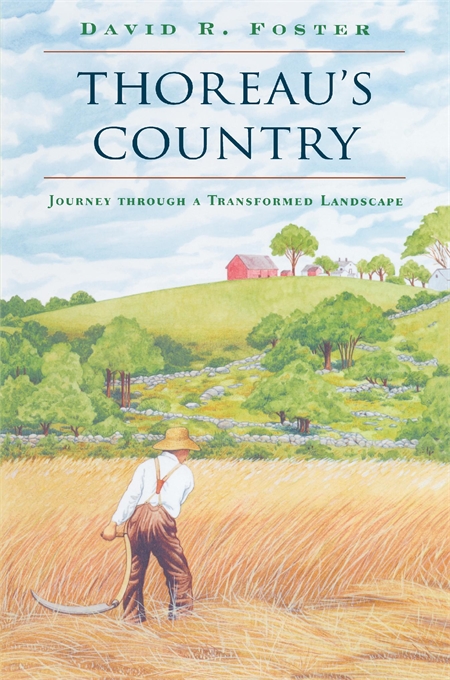 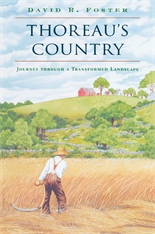 Journey through a Transformed Landscape

In 1977, David R. Foster took to the woods of New England to build a cabin with his own hands. Along with a few tools he brought a copy of the journals of Henry David Thoreau. Foster was struck by how different the forested landscape around him was from the one Thoreau described more than a century earlier. The sights and sounds that Thoreau experienced on his daily walks through nineteenth-century Concord were those of rolling farmland, small woodlands, and farmers endlessly working the land. As Foster explored the New England landscape, he discovered ancient ruins of cellar holes, stone walls, and abandoned cartways—all remnants of this earlier land now largely covered by forest. How had Thoreau’s open countryside, shaped by ax and plough, divided by fences and laneways, become a forested landscape?

Part ecological and historical puzzle, this book brings a vanished countryside to life in all its dimensions, human and natural, offering a rich record of human imprint upon the land. Extensive excerpts from the journals show us, through the vividly recorded details of daily life, a Thoreau intimately acquainted with the ways in which he and his neighbors were changing and remaking the New England landscape. Foster adds the perspective of a modern forest ecologist and landscape historian, using the journals to trace themes of historical and social change.

Thoreau’s journals evoke not a wilderness retreat but the emotions and natural history that come from an old and humanized landscape. It is with a new understanding of the human role in shaping that landscape, Foster argues, that we can best prepare ourselves to appreciate and conserve it today.

“I have collected and split up now quite a pile of driftwood—rails and riders and stems and stumps of trees—perhaps half or three quarters of a tree… Each stick I deal with has a history, and I read it as I am handling it, and, last of all, I remember my adventures in getting it, while it is burning in the winter evening. That is the most interesting part of its history. It has made part of a fence or a bridge, perchance, or has been rooted out of a clearing and bears the marks of fire on it… Thus one half of the value of my wood is enjoyed before it is housed, and the other half is equal to the whole value of an equal quantity of the wood which I buy.”—October 20, 1855