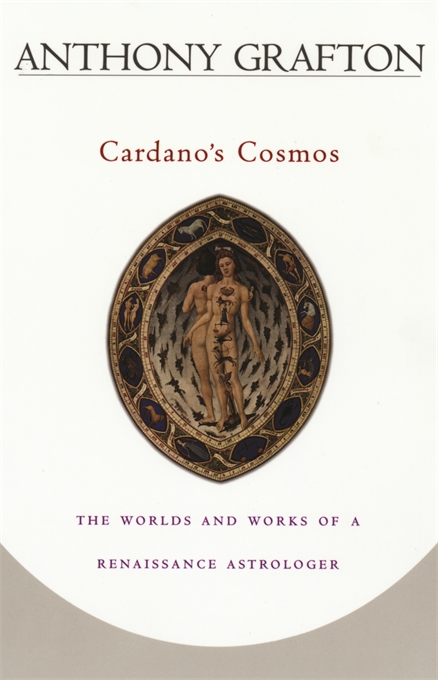 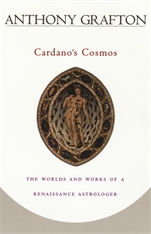 The Worlds and Works of a Renaissance Astrologer

“[Cardano’s Cosmos] accords Cardano all the respect the crusty Italian’s industry and intelligence once warranted without question… [The] book delivers satisfaction on all…accounts… The combination of telling detail and intellectual sweep in Cardano’s Cosmos is irresistible, and it shapes Grafton’s book as Cardano once shaped his disparate empirical data into system. We do not accept the system now, but Cardano himself, as his biographer makes movingly clear, still ‘deserves to be heard.’”—Ingrid D. Rowland, The New York Review of Books

“In Anthony Grafton’s open-minded study Cardano’s Cosmos, the question of how scientific Girolamo Cardano really was comes up often, giving the book much of its interest… Grafton’s ambitious book aims to estimate the place of astrology in Renaissance society and perhaps to modify its place in our own.”—Alastair Fowler, The Times Literary Supplement

“Cardano’s Cosmos provides the pleasures characteristic of Anthony Grafton’s other books devoted to the intellectual history of early modern Europe: As in Defenders of the Text and New World: Ancient Texts, we are regaled with donnish anecdotes and high-table factoids… Beyond doubt, Grafton is now our leading guide to the history of humane letters and scholarship between the Renaissance and the rise of Romanticism. In the end, Cardano’s cosmos is nothing less than a world of wonders… [Grafton] shows us that the 16th-century thinkers found in astrology much of what we now look for in psychology, political theory, moral philosophy and economics—‘fundamental tools for analyzing and controlling’ our societies and ourselves.”—Michael Dirda, The Washington Post

“In this eloquent study of a sixteenth-century astrologer who combined mathematics, astronomy, and medicine in counseling people at every level of society, Princeton University historian Grafton offers readers both a microscopic investigation of an individual’s mind and a wide-angled survey of the millennial intellectual traditions which nourished it.”—Natural History

“A fine biography and a feast of intellectual history.”—Amazon.com

“An ambitious young man from Milan, life-saving physician, traveler, mathematician, scholar of antiquity, 16th-century academic superstar and victim of the Inquisition, Girolamo Cardano embodied in one life much of what makes the Italian Renaissance fascinating to modern readers. The polymathic and resourceful Grafton places Cardano’s life and works at the center of a detailed investigation of Renaissance astrologers, their work, their beliefs, their clients and their impact… Explaining how European readers regarded astrology and its rival arts, Grafton also relates the often ferociously personal intellectual battles that were fought. A writer of superb perspective and clarity, Grafton aims both at other historians and at lay readers. The latter will have to wade through some abstruse detail but will likely find the varied, informative, sometimes bizarre journey more than worth the effort.”—Publishers Weekly

“Grafton’s book is an engaging scholarly study of Cardano’s work on astrology, and its place in his life and society.”—Short Book Reviews

“This is a honey of a book, marked by Grafton’s usual erudition, lucidity, and wit. Above all, it insists on presenting astrology not as an ‘irrational’ and intellectually questionable activity, but rather as a complicated and well-established body of theory and practice, similar to, say, contemporary medicine. The book situates astrology within the map of the contemporary study of nature (human and otherwise), where it clearly belongs, and rightly emphasizes the complexity and multiplicity of that map. The richness of Cardano’s autobiographical writings allows Grafton to follow (at least through Cardano’s eyes) the process of his own ‘self-fashioning’ and the way in which he built a successful career as a high-level practitioner and internationally known man of letters.”—Katherine Park, Samuel Zemurray, Jr., and Doris Zemurray Stone Radcliffe Professor of the History of Science, Harvard University