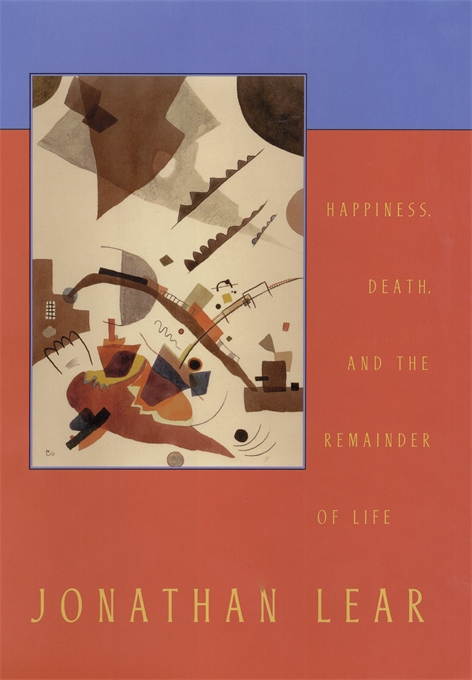 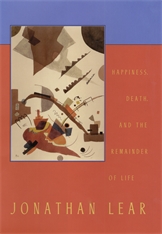 Happiness, Death, and the Remainder of Life

“Not many people are equally appreciative of Plato and Freud, and fewer still are able to move back and forth between contemporary discussions among philosophers and the highly technical literature of psychoanalysis as easily as Lear does… Daring and provocative.”—Richard Rorty, The New York Times Book Review

“An extended meditation on Aristotle’s conception of happiness and Freud’s approach to death, the book argues that both thinkers fell prey to a similar illusion…[the thought] that our desires can ever come to an end… There is great depth to Happiness, Death, and the Remainder of Life.”—Andrew Stark, The Times Literary Supplement

“Here’s an intricate, heavyweight treatment of Aristotle’s eudaimonia, Freud’s Thanatos, and the role of the unconscious in ethical life that demands a lot of intellectual effort. Yet there’s no jargon or obfuscation in it. Lear is doing real philosophical work—engaging both with ideas and with us.”—Norah Vincent, The Village Voice

“These deeply thoughtful and provocative lectures present, dissect, and critique the attempts of both ancient Greek ethics and modern psychoanalytic theory to come to grips with purposefulness in human life. Lear’s elegant interweaving of textual exegesis, philosophical reflection, and psychoanalytic theorizing is at once a welcome contribution to scholarship and a highly accessible exploration of the sense that something is missing in life.”—Alan Code, Nicholas C. Petris Professor of Greek Studies, University of California, Berkeley

“Jonathan Lear has done it again! Bringing sophisticated psychoanalytic understanding to a close textual analysis of the Nichomachean Ethics, he demonstrates how both Aristotle’s contemplative life and Freud’s death instinct were designed to defend against a fundamental problem in constructing a unified view of man, and suggests the outline of a new and original approach—one that will allow us to think of self-disrupting minds in creative but non-principled ways. Lear has continued the rich dialogue that he began in Open Minded, and that spans centuries, cultures, and great minds—from Plato’s and Aristotle’s Athens, to Freud’s Vienna, and finally to Lear’s America. This book is essential reading for students of philosophy, ethics, psychoanalysis, and Western civilization.”—Robert Michels, M.D., former Dean, Cornell Medical School

“In this book Jonathan Lear provides an invaluable and necessary link between psychoanalysis and philosophy. He describes the break that was introduced into earlier world views by Freud’s discovery of the unavoidably irrational and chaotic unconscious part of our mind, and the way the mind internally attacks itself (Freud’s death instinct). Lear shows how such a ‘break’ can be a breakdown or a breakthrough, opening new possibilities and enlarging our horizons.”—Hanna Segal, Training Analyst, British Institute of Psychoanalysis and author of Dream, Phantasy and Art

“Today, the domain of psychology is hopelessly split between the ‘high’ theory, caught in its expert language, and the popular self-help manuals addressing people’s actual crises and dilemmas. The miracle of Lear’s book is that he effortlessly unites these two seemingly incompatible dimensions. Through the most stringent conceptual analysis of the basic notions of the Freudian edifice, he asks the simple crucial questions that gnaw us all: What is happiness? How does psychoanalysis enable us to orient ourselves in today’s reality? With envy and admiration, I still wonder how Lear was able to do it!”—Slavoj Žižek, author of The Sublime Object of Ideology