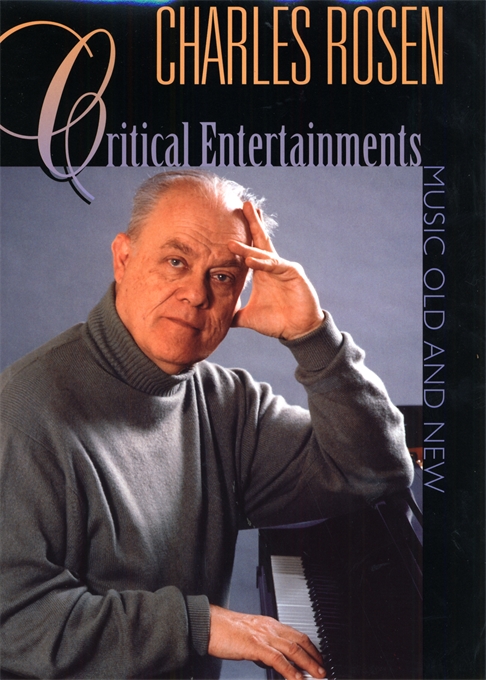 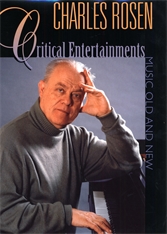 “Admirers of the through-composed studies Rosen has devoted to the Viennese classical style, Schoenberg, sonata forms, and the composers of the ‘Romantic generation’ will find much to stimulate and enrage them in these occasional pieces from the same workshop, but the reach of these essays extends well beyond the profession of music. They stake a bold claim for criticism itself, and spell out its responsibilities.”—Malcolm Bowie, The Times Literary Supplement

“[A] stimulating read… Over the course of 300 pages, Rosen addresses such disparate subjects as stage fright, the keyboard music of Bach and Handel, the libretto for ‘Le Nozze di Figaro,’ Brahms as classicist and subversive, the 1980 edition of the New Grove Dictionary of Music and Musicians, and the ‘Double Concerto’ (1961) by the American composer Elliott Carter. Rosen casts a skeptical eye on the politicized musicology that occasionally passed for scholarship in the early 1990s, while admiring certain practitioners of this dubious trade.”—Tim Page, The Washington Post Book World

“Every virtue of Rosen’s earlier work is instilled in the essays in this collection. They are not only for musicologists and musicians, they are written just as much for amateurs of music, in both senses of ‘lovers’ and ‘non-professionals’. They are a luxury of insight and cultural allusion.”—A. C. Grayling, Financial Times

“Just beneath the playful surface textures of Rosen’s writing, another purpose is being served. He pleads on behalf of artistic pleasure, and reminds his reader of the opportunistic scattering of attention that achieving it may require, yet conducts, from one of his own scattered occasions to the next, a bracing argument in favour of difficulty.”—Malcolm Bowie, The Times Literary Supplement

“Like the virtues it extols, this is a ‘passionate’ book. It is about loving music… Critical Entertainments is that rare combination, of both the critical and the entertaining—as one would expect from a performer.”—Anthony Gritten, Music and Letters

“Fans of Rosen will be delighted with this collection of 18 articles, most of which appeared over the past two decades in the New York Review of Books. A consummate pianist who embraces Beethoven and Elliot Carter with equal fervor, Rosen writes with impressive authority on topics as diverse as Bach’s keyboard music and feminist musicology. He is never shy about identifying and then eviscerating adversaries, yet he does so in such a courtly way, and with such lucid, persuasive prose, that they must feel a certain awe and honor… While the lay reader can appreciate most of the articles, the three pieces on Brahms are thick with musical examples and references to music theory and, as such, are clearly intended for the serious music student.”—Larry A. Lipkis, Library Journal